How To Send Your Kid To University 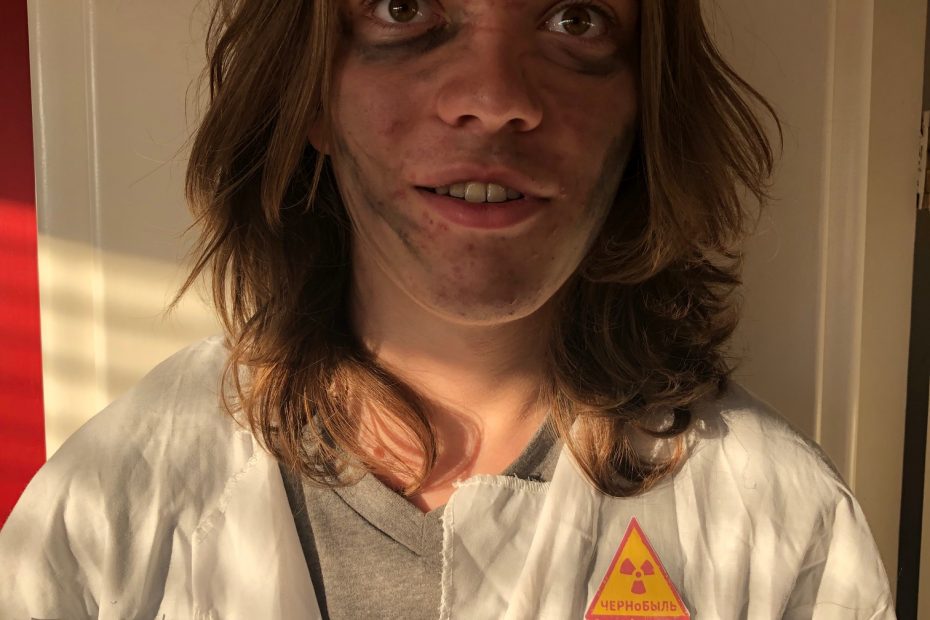 Somehow, probably when I wasn’t looking, my kids grew up. I never thought it would happen, but here we are. And now I’m starting to see some pretty crazy behaviour from both of them. Beth-Rose is dancing about 8 days a week and talking about going off to culinary school when she graduates. Granted, that’s not for another 3-1/2 years. Meanwhile, Zachary, who graduates this year, is looking into different universities. He has decided that a post-secondary education is worth pursuing. Who am I to argue?

For the longest time, Zach was pretty convinced he wasn’t going to university. He wasn’t interested because it didn’t provide the type of education he needed for his chosen career. But about 6 months ago that all changed. I was surprised, but supportive. Heck, I was supportive of him not going! Therefore I’ve decided to explain how to send your kid to university, because now I’m an expert. Remember in my last post, when I talked about my pet peeves? I mentioned in Pet Peeve #10 about the Dunning-Kruger Effect? Yeah, that’s me talking about how to send your kid to university! I am such an expert!

Yeah, this is kind of a big one. And I’ve learned this from my own experience.

Many years ago, as a young, precocious lad in my early high school career, I had quite the interest in the outdoors. I loved camping, as I’ve written about previously. This led to a minor interest in outdoor-focused careers, like forestry and fish and wildlife. I didn’t really know what that would look like in a real-world, working scenario, but I mentioned it to my parents. And it seemed to stick solidly in their brains. Their youngest was going to become a Forester/Fish & Wildlife Technologist/insert other similar career here!

And so my path was chosen. At fifteen. But my interest waned over a short period. It wasn’t something I was passionate about, but I had nothing else calling me. So I went through the motions researching schools and sending out applications. I had two acceptances. One from a technology school in Ontario, and one from BC. British Columbia was too far away from my friends, so I chose the Ontario school.

I lasted all of one semester. I hated it. My interest in the program was about nil, so my marks reflected my interest. I went home at Christmas and never went back. My mother was angry and disappointed. What ever would become of me? Squandering my one chance at a respectable career! My whole life ruined, and just 18 years old.

Six years passed before I developed a passion for a career. So I went back to school. On my terms. And I excelled because I was interested, engaged, and passionate. Three great things to have, if you follow a career. And that’s what I would wish for my kids.

What Do You Want To Be When You Grow Up?

That’s a fun question for a grade 4 class discussion. It’s a silly question to ask a high school grad and expect a serious response. A part of me wishes high school grads were required to take a year or 2 off before heading to post graduate school. Travel. Visit other countries. Explore other cultures. Discover what it’s like being away from home. Gain some worldly experience, and then decide on a career path.

I’m always amazed when I hear a student talking about what they want to do when they grow up. There’s probably a really good chance they’re going to change their minds at some point. Maybe while they’re in the middle of a first year anthropology lecture with a hundred other bored students. Hopefully it happens before the last semester of their fourth year! Who needs a bunch of student loan debt for a career they won’t follow? Yikes!

Which brings me to the next point; money. Have you noticed how much a post secondary education costs? Well of course you have!

Show Me The Money!

When I went off on my first trip to college, I had no money. I had worked the summer, but I didn’t save much. I had more important things to spend it on than school. So I was constantly broke and poor. I learned to live on macaroni and ketchup soup. This is a true story. By the time I went home at Christmas, I weighed less than 120 lbs.

On my second, and more successful, go-around, I was more prepared. But I still needed a student loan for my second year. Even with a summer job in between first and second year, and living with my sister, I was short money. Mind you, this was back in 1988. Education didn’t cost quite as much as it does in 2022. (Good God, I was in college 34 years ago…!) I also had no help from my parents. In fact, the whole time they were getting me ready to head off to school the first time, money was never talked about. I was just expected to make it work.

Zachary is looking at a yearly tuition of approximately $8,000, plus living expenses in Ontario. If he finishes his Bachelor of Arts degree, that’s $32,000 just in tuition! We started RESPs for the kids when they were born. We took advantage of government top ups and matching funding through the years, but it still only amounts to about $16,000. Maybe enough for one year?.

About a month ago, Heather saw something on some social media site advertising a service that helps students and their families access and apply for grants and scholarships. She signed onto their mailing list and started getting some info on how it worked. Zachary got pretty interested when she told him about it, so he signed on in his name. Then we had an exploratory Zoom meeting with a representative to determine if this service would be a good fit.

Over the course of this meeting, that rep showed us how to get about $47,000 in Federal government grants. Grants that most people don’t know anything about! She also showed us that, with Zach’s academic achievements and community engagement, he can access over 100 scholarships. Their intention is for us to keep that $17,000 in RESPs to use for something else besides Zach’s education. Can you say “Costa Rica”?

So now we’ve got Zachary signed up to GrantMe. And if you’ve got a high school kid thinking about post secondary programs, and you’re trying to figure out how to send your kid to university, I suggest you check them out. GrantMe is all about streamlining the process of applying to your first choice university, and helping with the application process. This service alone will save Zachary and us hours of research and writing. As Zach concentrates on his final year of high school, GrantMe removes a ton of stress off his shoulders.

I have to admit that, when Zachary first mentioned that he had changed his mind about going to university, I was disappointed. Not because of the money involved, but because I wanted him to travel and see some of the world before embarking on a career and all those other adult responsibilities. I wanted him to live a little.

But this is his life, and I want him to succeed and flourish no matter what he chooses to do with his life. And I know that he’ll have amazing experiences and learn a tonne about himself. He also gets to do university on his own terms. You see, he’s taking some good people along with him. And that makes me very happy. I can get behind that.

How To Send Your Kid To University-Take Friends!

It turns out that in his core group of friends, 3 or 4 of them are considering the same school for their post secondary education. If all goes well, he’ll travel to Ontario and attend school with his best friends. That’s not a bad way to start your new life out on your own. That’s how to send your kid to university “boss” style!

Step 4. Help Them Manage Their Finances

This was a lesson my father was happy to impart on me, and one that I was happy to completely ignore. And now I’ve become my father, and Zachary is me. It turns out he needs no help with this. He’s got it all figured out! Isn’t that great?! (For those who need a bit of help, that was sarcasm…)

My early years of working consisted of living paycheck to paycheck, and not really worrying because there was always a paycheck coming. Until there wasn’t. And I was hit with the sobering reality that I could actually go broke. This was a much harder lesson to learn than the one my father tried to teach me. So I would much rather have my son learn it from his parents than the hard lesson that I self taught. But he’s having none of it. Because he doesn’t need it. (Yes, more sarcasm.)

I will continue to argue with him on this. A little financial education before the age of 20 can go a long way to avoiding high financial stress. And besides, if I really am an expert at telling you how to send your kid to university, then I should really get this one right. Right?

Step 5. Get Out Of Their Way

Yep, this is the hard one, people. This is where we step back and let them do it. All the stuff we’ve done for them since they were in diapers, it’s time to get out of their way and let them go. But it feels way too soon! Wasn’t he just in grade 5 and writing about camping is the greatest thing since sliced bread? How did he suddenly become 17?

Our son is still in the early portion of his first semester of grade 12. But he’s going to be packing up and leaving the nest before we know it. The rest of the year is going to race past, leaving us with the inevitable moment of heartache and anguish. I’ve often joked about kicking the kids out as soon as they have their diploma, but crap! This is reality. And I’m not ready for it.

I try to imagine what our home will be like after Zachary leaves next summer, but it’s wrenching to picture it. It’s not made any easier knowing that millions of parents before me have dealt with the same anguish. I can’t stand in the rain and scream up at the clouds “Why me!!??”, and expect much sympathy. I may just do it anyway.

My point, that I’ve whiningly moved away from, is that we need to allow our almost adult kids the opportunity to spread their damned wings and fly. Just like in the song. You know, the one by Queen! This is their chance, and what most kids that age have been waiting for. The chance to really test their independence and make a go of it. And as parents, we have to trust that everything is going to work out. I mean, if we can’t trust them to make it on their own, then we haven’t really done our job. It’s okay to be anxious, stressed and unsure. But everything will work out, as long as we just get out of their way.

See? To Hell with the Dunning-Kruger effect! I am a damn expert! Even if I do say so! And that’s how to send your kid to university.

Whaddya think? Am I completely off-base? Living in La-La Land? I’d love to hear your two cents worth. Drop me a comment below and we’ll converse. Thanks for indulging me!

4 thoughts on “How To Send Your Kid To University”