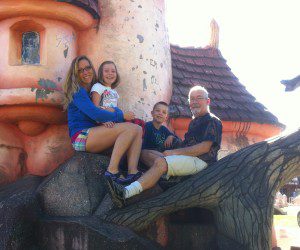 For most of my adult life, I have enjoyed writing. I love the creative flexibility of the written word, and the potential that hides within a good story. It’s only been in the last year or so that I have considered the idea of a blog to share some of my stories. What the heck have I been doing?!

I grew up in a suburb of Montreal in a typical 60’s nuclear family, the youngest (by about 20 minutes!) of four children. My parents adopted my brother and older sister, since this was to be their only chance at a family. Boy, were they surprised when my twin sister and I came along a few years later!

I had a pretty good life growing up. We never wanted for anything, but my parents were products of the Great Depression, so frugality was the rule in our home. Mum and Dad were always careful with their money, and they didn’t believe in wasting it on excessive luxuries. It used to annoy me to no end that all my friends could watch American television stations along with the typical Canadian fare, because they had antennas on their roofs! We had two English channels and two French channels. I would stand by the TV on a Saturday morning fiddling endlessly with the rabbit ears on our set, trying to see the newest cartoons on American stations. Kids nowadays have no idea what “snow” is on a television screen…

I started writing stories in early elementary school. My mother had the foresight to save some of them, probably because she thought I might become a famous writer. You know how parents can be; at the first inkling of talent, we believe our child will be the next Wayne Gretzky, Veronica Tennant, or Taylor Swift.

My adolescence and young adulthood were, for the most part, uneventful, but fun. I wrote a lot of stories, and began to write poetry as a teenager. I still have everything I wrote, and sometimes, when I feel like I need  good laugh, I read through those old poems. There’s nothing like good old teenage angst to remind you how amazing life really is!

I had some fantastic friends that are still friends to this day. Some I’ve known and kept up with since I was 6 or 7 years old! Friendship has always been important to me. I used to think that friends were more important than family, but that’s because, as a teenager, I didn’t put much stock in my own family. I’ve grown up a lot since then. I’ve raised my own family. I have learned that there is nothing more important than family.

Families are really the most remarkable of relationships. Every one is different, yet we share many of the same challenges and tribulations. What separates one from the next is the way we meet these daily tests.

I got married a little later than most people, and didn’t become a dad until I was 45. I think this is a good thing, because as a 20 year old, I would have made a lousy father. To be a good parent, it doesn’t hurt to have a little life experience under your belt. And it’s those experiences that I will write about here, not just as a father, but as a future parent, working my way up to having my own family. I’ve had some pretty interesting experiences, and I think visitors to this blog will find my stories entertaining, funny, and informative. Please let me know!

I’m Michael, and together with the love of my life Heather, we’ll negotiate the frenetic, funny, frustrating world ruled by our two  children, Zachary and Beth-Rose.

The best years of my life still lie ahead, with the growth and experiences of my two delightfully amazing children. My journey follows their lives, as Heather and I struggle to keep up with them. Follow along with my blog!