When We Were Nine-A Tale Of Twins 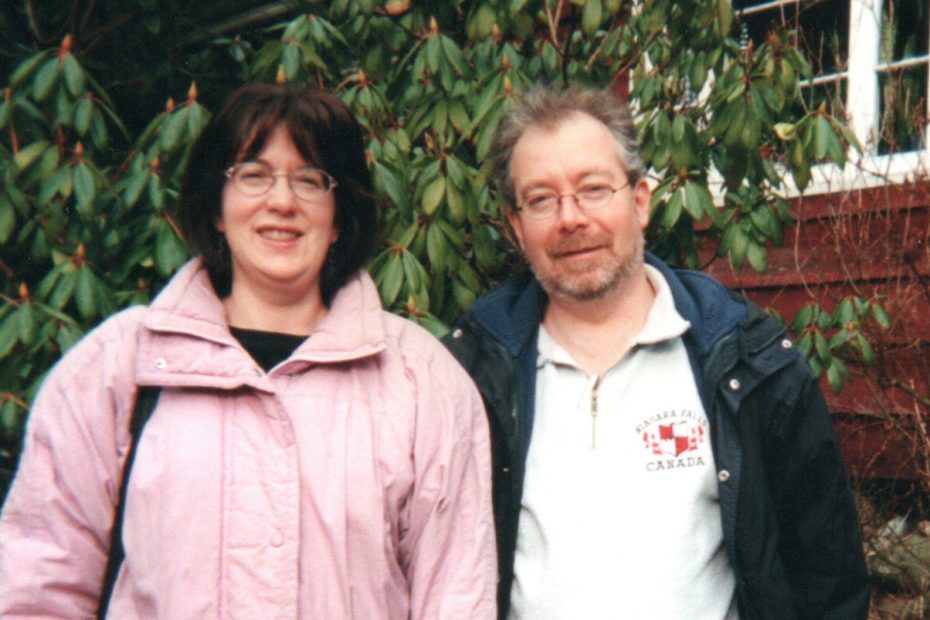 I happen to be part of the world’s elite. It’s true! I travel through this world in very exclusive company. In fact, I’m part of the 3%. Take that, Bill Gates! And I get to share this unique status with one of my favourite people; my sister. That’s right, my twin sister Debbie.

Our story is interesting, I think. We grew up with a rather special family life. Not that we thought that our situation was special. Far from it! Family life for us was being part of a “normal”, middle class, 60’s suburban family. The typical nuclear family. Dad has a career that keeps him busy 5 days a week, Mom looks after all aspects of the home with an iron fist and a wooden spoon, and 2.2 kids go to school and play with the other kids in the neighbourhood until the street lights come on. Except we weren’t 2.2 kids. We were four kids. My twin sister and I had an older brother and sister. Not terribly interesting, but wait…

When my sister and I were born, my brother Rob was 9 years old, and my sister Patti was 6. They were already pretty established as a family. What were we doing, daring to upset the family applecart? Who were we to come along and invade their established routine?

At this point I should mention that my twin sister and I were not entirely expected. In fact, we weren’t even supposed to be possible. My older brother and sister were adopted. Mom and Dad weren’t able to have kids, according to their doctor. And yet, here we are!

But I have a different theory. After all, no one wants to imagine their parents having sex. So maybe my parents never actually had sex. This would ultimately result in no babies, right? Given the likelihood of Mom and Dad never receiving any actual education on the birds and the bees, maybe they thought necking and heavy petting would lead to pregnancy. Hey, it’s possible! But then, one warm, sultry Spring day, the unthinkable happened. They actually did it. The Wild Thing. And lo and behold! Mom was preggo! At 38 years old! A miracle! But that’s just the beginning…

Imagine if you will, it’s late 1959. Mom’s belly is getting bigger and Dad’s making sure the baby’s room is ready to go. The crib is installed, and the chest of drawers is filled with cotton diapers. Christmas comes, and the family of four is celebrating, excited for the imminent arrival of their newest member.

Shortly after New Years, Mom and Dad make a visit to the doctor’s office for a last follow-up. Old Doc Brennan warms up his stethoscope and starts listening to the baby sounds in Mom’s belly. He stops, a puzzled expression crossing his face. His brow furrows as he moves the stethoscope about Mom’s tummy. Finally he sighs and looks up at Mom and Dad. They watch him expectantly, collectively holding their breath. Doc Brennan takes a deep breath and says, “Surprise! You’re having twins!”

I would have liked to have been there to see their faces. Well, I guess I was there, but you know what I mean…Here it is, just two weeks until we arrive into the world, and my parents discover they’re having two kids instead of one. And they weren’t even supposed to have one! I mean, Holy Crap!

My sister Debbie and I arrived into the world on January 31, 1960. Deb came out first, followed by yours truly about 15 minutes later. What took me so long? I don’t have the answer to that, but for the rest of my days, I have had the reputation in my family of always being late.

I think Dad was there when we were born, but there’s also a chance he wasn’t. After all, he was probably spending a significant amount of his free time running around getting supplies for that second “miracle” kid.

My Twin Sister Looks Out For Me

Growing up, I didn’t think much about having a twin sister. She was just my sister, nothing more. I was happy that we didn’t wear the same clothes much past age 2 or 3. I mean, it’s not like we were identical. And speaking of that, what’s with the whole “Let’s dress our identical twins identically. That’ll be fun!”, thing? Why do parents think that’s a good idea? How do you think their kids feel, heading off to school like a couple of circus freaks, dressed for optimal bullying opportunities? I’ll tell you how they feel. Like a couple of circus freaks! But I digress…

I think one of the things I really liked about having a twin sister was our circle of friends. We each had our own core group of friends, but those groups were able to overlap. Sometimes we went to the same parties, and her friends and my friends were also friends with each other. We often did things together, with her and my friends. Like our weekend trips to the Laurentians for cross country skiing, and a visit to the local bakery in Saint-Sauveur.

When people find out I have a twin sister, they’ll often ask if we look alike. Yes, they really do ask that! I always respond, “No, she shaved off her beard years ago.” Hilarious right? The other thing they ask is if we have that special psychic twin connection. I’ve always believed that was something that identical twins shared, due to them coming from the same egg and all. I didn’t think it was something fraternal twins shared, that is until I experienced it in my early twenties.

I was working for the railroad in the interior of British Columbia, in a town called Salmon Arm. We were staying in a motel during the week, as we were some 6 hours from our home base in Vancouver. I woke up one morning for work, but I felt like crap. My stomach was upset, I had a terrible headache and I was dizzy. I told my foreman I was taking the day off, and went back to bed. After a few hours of nausea, I finally got up and tossed my cookies in the bathroom. Feeling a bit better, I went back to bed.

The following weekend back home in Vancouver, my sister called me from her home in Calgary. We chatted a bit, and then she told me that she had miscarried earlier that week. The same day that I was sick in my motel room in Salmon Arm!

Growing up, Debbie and I rarely ever fought. We pretty much always got along. We had very different interests, and she was better in school than I. But she was on my side. She looked out for me. I tried to do the same. Like when she brought home her fiancé Mark, for dinner. As we enjoyed our mother’s boring cuisine, I asked her new beau lots of questions, like “So what are your plans?” “Do you have a job when you get to Calgary?” “Will you make enough to support you both?” I think everyone thought I was kidding around, but I was dead serious.

When We Were Nine

Any time I tell stories about growing up, I always start by saying, “When we were nine…,” I didn’t really notice this was something I did until Heather pointed it out to me back when we were dating. She would notice this even when I was telling a story that didn’t include my sister Debbie. I could be just relating something that happened to me. Like I said earlier, the Twin Connection!

Today Debbie and I live about a thousand kilometers apart. She lives in Alberta leading her own life, with 2 adult kids of her own. I think about her often. Thanks to COVID I haven’t seen her in more than 3 years. For siblings that share so much of a history, that’s far too long!

Given some family’s dynamics, I feel pretty blessed. Sure, we had our disfunctions like so many other families. But they were pretty minor. They never led to any significant conflicts between me and my siblings. Though I don’t get to see my brother and sisters as much as I’d like, they are all still an important part of me. And my twin sister Debbie is always on my mind. We are truly connected. I miss you lots, Deb!

I need to go see my twin sister.

2 thoughts on “When We Were Nine-A Tale Of Twins”