How Not To Determine My Kid’s Life Path 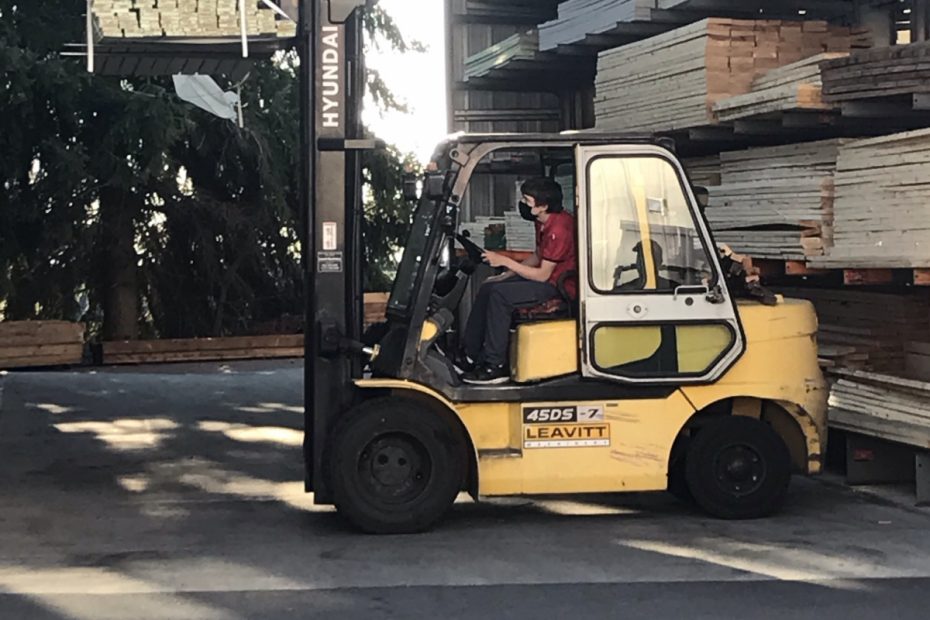 Or, Be A Parent, Not a Guidance Counsellor

About a month ago I wrote about how to send your kid to university, albeit somewhat tongue-in-cheek. The point I was attempting to get across was, our children should be able to make their career choices free of parental pressure. My kid’s life path is their own. I’m feeling like I need to revisit this. I approached that previous post from the perspective of my son Zachary, who’s in his final year of high school preparing to head to university. It’s on my mind more as I watch my daughter find her way through her own high school years.

A while back I was listening to a morning radio show. The host was exploring the idea of people who had carved out their own niche in life, going against the wishes of their parents. His angle was children who didn’t follow in their parent’s footsteps, choosing a different career or not joining the family business. One caller mentioned that his dad had a well established butcher shop and had hoped his son would carry it on. But the caller, his son, chose a completely different career. Because of that, his father hadn’t spoken to him in years. This blew my mind! This father’s ego had ruined a family. What was he thinking!?

So here’s the thing; Do you have kids that are getting ready to go out in the world on their own? Do they know what they want to do? Are you pushing them to be a doctor like you? Or lawyer, or candlestick maker, or(insert profession here)? Stop it! Get the hell out of their way! Smarten up! They have enough stress and pressure in their young lives without you hoisting your ego on their shoulders.

Yup! I strongly recommend you let your kid’s life path be determined by them. Get out of their way, and trust them. You will be doing them a tremendous favour.

With my son Zach, I was prepared to see him finish out his high school years without making a decision on his life’s direction. However, he has been thinking about a particular career for some time. He doesn’t need to go to university for it, and I’m completely on board with that. Considering how expensive university is, I was even more on board with it! And frankly, I’m not convinced that a university degree is giving young people a leg-up in the careers department in 2022. There are so many opportunities out there for creative, entrepreneurial people. And all without the need for four years of crippling student debt.

But then Zachary decided he wanted to go to university. He is following a path that lets him continue his education, and on his own terms. I was quite surprised by this turn of events, but I’m good with it. It is his choice. It is what he wants, and that’s good enough for me.

Meanwhile my daughter Beth-Rose is 14. Throughout her young years she’s had a few different ideas for careers. Interestingly, for a few years she wanted to be a stunt performer. I say, go for it! What a cool career! I even spoke to a woman stunt performer I knew for some tips and strategies to make that happen. She’s a very athletic person, she dances 5 days a week, so becoming a stunt performer seemed like a nice fit.

Our Kid’s Life Path Is Their Own

But being a teenager means nothing is written in stone. And so I fully expect her career choices to remain fluid. In fact, these days she’s thinking about becoming a chef. And to that I day, “Why not?” Go for it! The important thing is, it’s her decision. I don’t expect her to follow in my or her mother’s footsteps. If necessary, go out into the world and see and do amazing things before making a career choice.

After my failed first attempt at post secondary education, my mother was pretty upset. She thought my decision to go work on the railroad was a terrible one. “Once you get a taste for a paycheque, you’ll never go back to school!” Her words. But she was wrong. I did go back. And it was my choice. And that is exactly what I want for my own kids.

Maybe they will go work at some job that means nothing more than a paycheque, a means to pay for the roof over their head. And that’s okay. Heck, maybe they won’t develop any ambition at all, and work the rest of their lives as short-order cooks and forklift operators. That’s okay too. As long as they strive to be the best short-order cook or forklift operator! Although I hope not…

Maybe they’ll start a career and lose interest. Perhaps something will come along that completely changes their career perspective. Or they’ll meet someone who opens their eyes to new opportunities, new ideas. Maybe they’ll throw everything away and go build churches in third world countries. Ultimately, whatever they choose to do, whatever roadblocks or opportunities come their way, I’ll be right there with them. I will support them without inserting my ego into their decisions.

The other day I spent some time with Beth-Rose and her friend Julia. They wanted some pictures taken for their personal dance portfolios. So we drove out to a pretty spot in town and took advantage of the autumn foliage as a backdrop to their photos. The girls were looking at some dance poses on their phones while I waited patiently. Beth-Rose looked at me at one point and said, “This must be pretty boring for you.” I smiled and said “Not at all.” Truth be told, it was exactly what I wanted to be doing. Here I was, spending time with my daughter, watching her doing something that she loves so much, and sharing her passion. Supporting her, because that’s what a parent does.

I didn’t tell her how she should pose, where to look on camera, or which outfit to wear. I followed her lead. It’s her life and her passion. I supported her. And that’s exactly what I’ll do when she’s finishing high school and making choices about what’s next for her. It’s my kid’s life path, and I’ll let her take it, wherever it may lead.