Life In A Musical Family 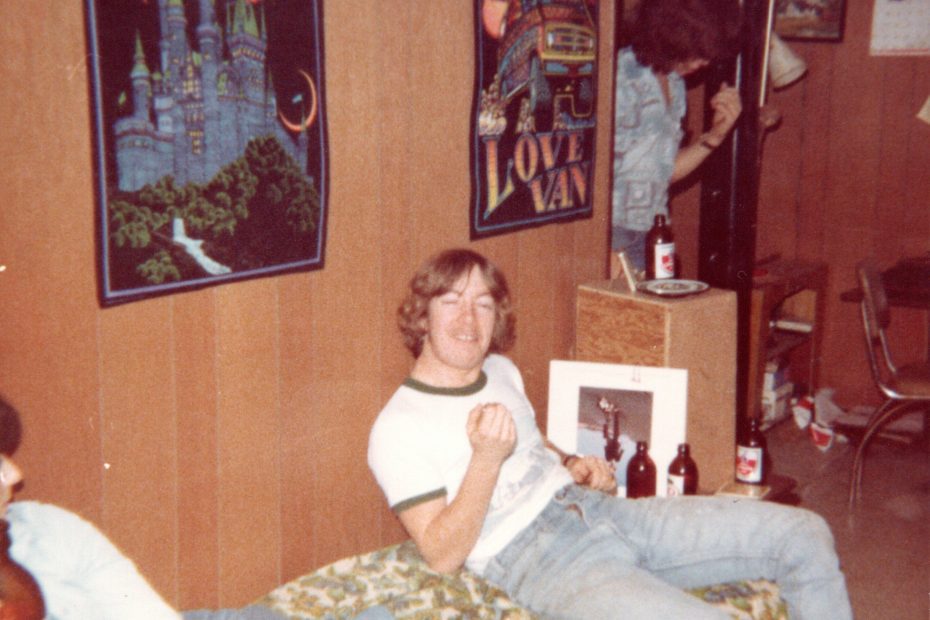 The afternoon peace is shattered by someone’s fingers dancing across the piano keys. An evening of Netflix is interrupted by the strumming of a guitar. Cooking in the kitchen is accompanied by loud rock vibrating from the stereo. Ahh, this is life in a musical family!

Zachary and Beth-Rose both took to music very early on in their lives. I often had a radio or CD playing when Zach was a toddler, so he was exposed to my likes right from the beginning. When he heard a rock tune playing, he’d start dancing, and called it “bumpy music”. And during Heather’s maternity leave, when she would watch “Ellen”, Zachary would rush to the tv and dance to the show’s opening, right along with the audience members.

Beth-Rose loved to sing when she was a little girl. She was never silent. Playing by herself, she sang constantly. Heather and I loved listening to her singing away, completely oblivious to the world around her. She doesn’t do that anymore, and I kind of miss that…

Heather was singing in a choir when I first met her. I thought her voice was beautiful! Later, after we were living together she began guitar lessons. She stuck with it for a number of years. I was always so impressed with her commitment. I had someone try teaching me guitar when I was 30. He gave me a few lessons, but I didn’t practice. It hurt my fingers too much. So much for becoming a Rock God…such a wuss!

Growing up in my suburban Montreal neighbourhood, I spent much of my free time listening to music. I remember my friend Bob was a huge Beatles fan, and so I became one by osmosis. In the late 60’s we would sit in his room after school and listen to the White Album from beginning to end, stopping the song periodically to discuss what the lyrics meant. By the early 70’s Bob and I were the go-to Beatles experts in our neighbourhood.

Another friend, Jeff, was a big Alice Cooper fan. We’d sit in his bedroom and listen to the latest, like Billion Dollar Babies, and pore over the album jacket photos. Such a guilty pleasure!

The first record I ever purchased was a 45 of “Whole Lotta Love” by Led Zeppelin. I wore that puppy down until the record grooves were smooth and shiny. My sister and I had this cheap, portable record player that we carried around like a little suitcase. The sound was pretty terrible, but I didn’t care. Sitting in my basement and listening to records was magic, no matter how it was played.

I continued to collect 45rpm records, and storing them in a small carrying case. I sometimes pilfered some of my brother Rob’s records, playing them until they were scratched and unplayable. It was sometime before I purchased my first full length album. As a kid, I didn’t have enough money for that.

When I was a teenager, there was an amazing record store in downtown Montreal called Phantasmagoria. Every year their Boxing Day Sale had us hopping the train to get there early. All albums were on sale at ridiculously cheap prices. My friends and I would come home with 10 or 15 albums each, so excited to listen to all this wonderful, new music. We couldn’t get home fast enough!

I always wanted to be a rock star, but I didn’t want to work at it. Talk about a doomed dream! So instead I listened to music, read about music, artists and bands, and kept dreaming. During my last years of high school, some of us would go over to my buddy Geoff’s house for lunch. He’d make Kraft Dinner with too much cayenne pepper, we’d watch the Flintstones and The Gong Show, and sometimes we wouldn’t go back to school. Instead we’d play some Boston or Genesis on the stereo, and pretend to play along. That’s right, I was in an air band! Don’t judge me, you probably did it too!

At about the same time, I purchased an electric guitar and amp from Geoff’s neighbour, Dave. I couldn’t play a lick, but it was fun to turn it on, plug it into the amp, and bang the strings with a pick. At least I could pretend to be a rock star! When I think back to those days, it’s a wonder to me that I had no interest in learning to play an instrument. I loved the music so much, and the stories behind the music. But obviously not enough to learn how to make my own music.

Enjoying My Life In A Musical Family

But though I never had the “stick-to-it-iveness” to learn an instrument, I’m still blessed with life in a musical family. My children play the piano every day. Zachary learns musical pieces from video games he plays, and practices them every day. Beth-Rose taught herself a One Republic song on the keyboard while stuck in her room quarantining with COVID. They both continue piano lessons every week. Heather plays her guitar when we’re camping. Sometimes she learns songs to play at her school, so she practices at home in the evening.

And me? I’m still living my teenage years, lip synching to my favourite songs. When I’m home alone, I have the stereo turned up and one of my Spotify playlists running. Listening to music and singing along is one of my favourite forms of relaxation. I listen, I sing and I enjoy! And it doesn’t matter if it’s my bad voice, Heather’s guitar practice, or the kid’s amazing piano performances. It all makes for a wonderful benefit of life in a musical family.

How about you? Are you from a musical family? Do you enjoy belting out a little Bob Seger when no one’s around? Hit me up in the comments below and let me know. And if you enjoyed this, I’d appreciate you sharing it with your musically inclined friends. Sing it loud!

6 thoughts on “Life In A Musical Family”