A Solo Sunday With The Duke 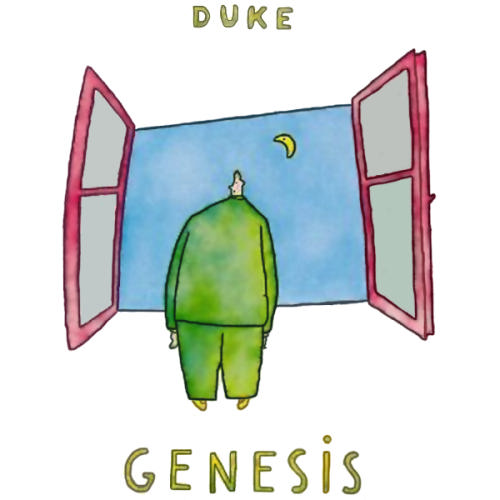 I was given an unexpected gift today; three hours to myself! Oh, the possibilities! Where to begin?

Zachary and Beth-Rose spent about 3 hours at a special Karate class, and Heather had to finish off some work for her class’s report cards. And Nicolle, our International Student, had a sleepover at a friend’s house last night. So as of 10 AM I was on my own.

I think this is something people who don’t have kids just don’t relate to; a day alone, por mi mismo. The chance to really let my hair down (if I had hair!), or hang out in my underwear. This is something special that only parents can really comprehend. Everyone else takes these kinds of days for granted. Or so I imagine. I did when we were just the two of us.

I had to make this day really count. One can’t squander such an opportunity as this. I had to figure out the best possible use of my time, dedicated just for me. I could binge watch the rest of Narcos on Netflix. Or just go back to bed for a few more hours of shuteye. Imagine…a nap! I could do some puttering out in the garage, or maybe catch up on my favorite travel blog. Finish my John Cleese book? Sit and have a beer? Maybe not…it is only 10:15 AM. A bit early for a beer. Still, the possibilities are endless!

Before I can begin my epic solo adventure, I should probably change the sheets on the bed. Heather had suggested she wanted to wash them, but she won’t be home until later. And since I’m at it, I might as well throw them in the wash. That takes no time, and then I can get going on my exciting Indy Day.

There are a bunch of things in the dryer that I should just take upstairs, and put the just washed laundry from the washing machine into the dryer so I can throw in the sheets.

I figured I could just fold the laundry I took upstairs while I watch TV. That way I can kill two birds with one stone. Or maybe I’ll just put on some music while I do it. I always used to listen to music when I was single, and sometimes I miss playing something loud. Yeah, an old Genesis album is what I’m feeling like. The problem is, I can’t seem to find the CD. It should be on this shelf, all alphabetized, but it isn’t. Crap! Maybe I can find it on YouTube. So now I spend the next 40 minutes searching old concert films on YouTube and getting sidetracked, until I finally find the one I want.

Okay, Genesis 1980 The Duke Tour is pumping from my TV and stereo, and the socks are getting folded. I think maybe I should have that beer now. Hmmm, maybe not. It’s not yet noon. I’ll just go make myself another coffee. But in order to do that, I’m going to have to empty out the sink of dirty dishes. Crap! I could just stack them on the counter to do later, but there’s no room because of all the other dirty dishes. Fine, I’ll just wash up the ones in the sink. But first I’ll have to put away the clean dishes that are in the drying tray so I’ll have room to put the washed dishes from the sink so I can clean out the pot of coffee so I can make another pot. SO I CAN GET ON WITH MY EPIC ALONE TIME!!!

With the dishes done (I did the ones on the counter too, just to reduce the clutter), and the coffee made, I can resume my leisurely laundry fold and nostalgic rock concert. Pretty soon I have folded laundry all over the living room furniture. Empty clothes baskets are scattered across the floor, and Kodi the cat is deciding which clean pile he wants to nap on. The timer on the dryer is going off downstairs, letting me know the last load is now done. I might as well fold that, too.

As I return to the living room, I’m confronted with silence from my speakers and a frozen image of Phil Collins in mid cymbal crash, with the spinning wheel of death in the middle of the picture. It seems the internet is down. Crap!

Since I can’t find my Genesis CD, I decide to look for the album on one of my old cassette tapes. I know I had it recorded back in the day so I could play it in my car. So I search through my collection of cassette tapes, reading all the labels until I finally locate the one with The Duke by Genesis. Hurray! I can now get on with my concert, and the last of the laundry. ‘Cept for one problem. I no longer own a cassette player. CRAP!!

I resume my search in earnest for the lost CD, knowing it has to be in the house somewhere. When did I last play it? Are you kidding?! Has it even been since I had children? Well probably. But it was still a long time ago. And I’m not likely to remember where I might have put it since I don’t remember what I had for dinner last Thursday.

But I do find it! And in the most unlikely place. In my CD shelves, in the “D” section. For “Duke”? What was I thinking? Doesn’t matter now. I can resume my Epic Solo Afternoon. That’s right, it’s now the afternoon! I can have that beer! Hurray!

CD inserted, beer opened, I look out my living room window as the sun streams in, shining and reflecting off the car that has just pulled in front of the house. Heather and the kids jump out and run up the stairs to the front door. CRAP!!! I briefly consider drawing the curtains and locking the front door, but the moment passes. SIGH…

It’s evening now, and I’m feeling pretty mellow and relaxed. Looking back on my day, I realize that, though it didn’t quite go to plan, I did get a bunch of stuff done. The kids decided they wanted to go for a bike ride, and Heather headed back to her Dad’s place to finish her work. The internet came back up, I got to watch the rest of my concert, I had a beer, and everything’s good. I’ll get this article posted and head off to bed, tired but content, ready for another week. ‘Cept for one problem. I haven’t made the bed yet. Crap!

Let me know what kinds of things you like to do when you have some cherished “alone” time. And if you enjoyed this post, I’d love it if you could share it with others. Thanks!

8 thoughts on “A Solo Sunday With The Duke”