The Lessons Learned From the Loss of a Friend 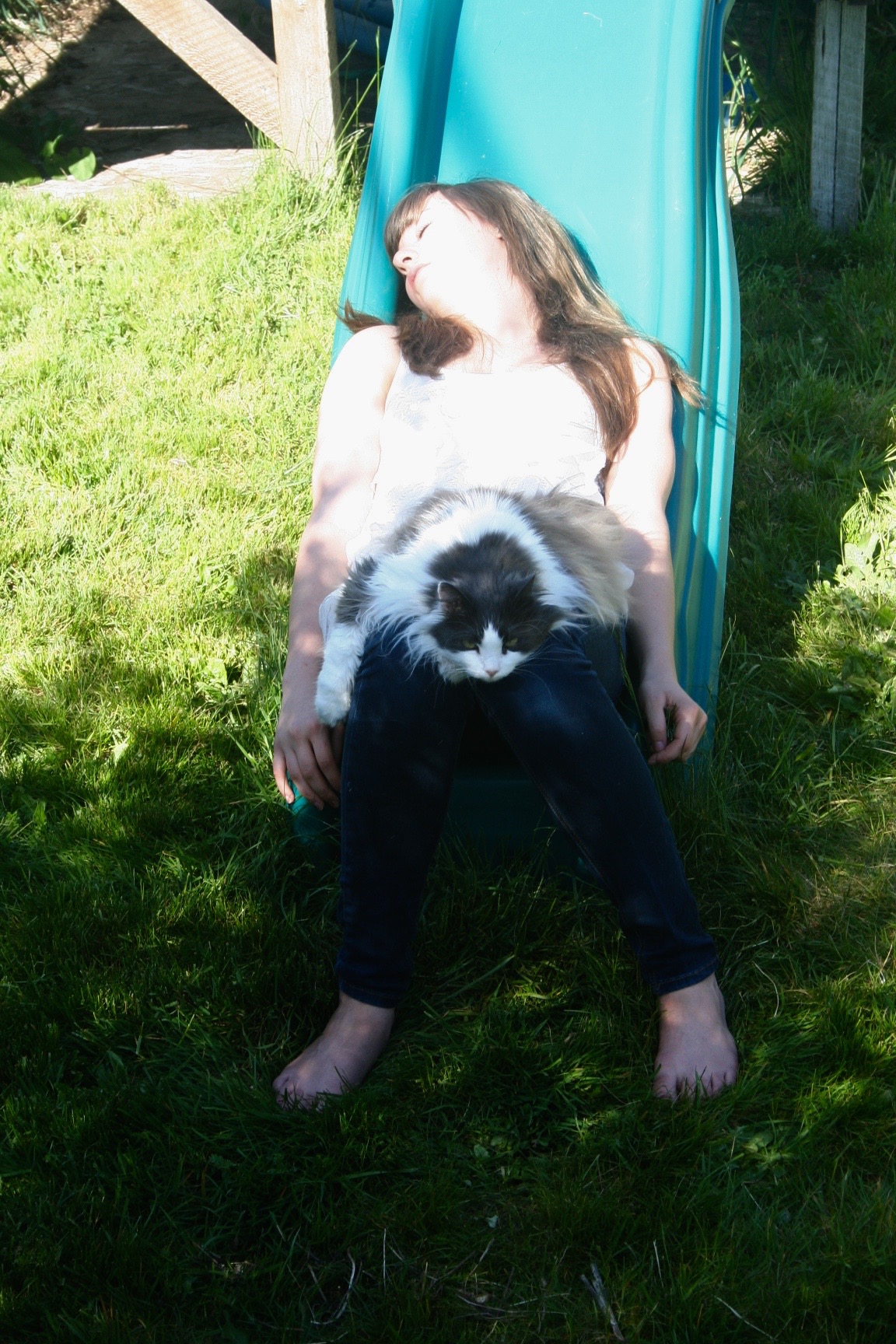 A friend of mine is dealing with the loss of a beloved pet in her family. Her youngest child is distraught, which anyone can understand and sympathize. It is one of the most difficult things a child must deal with, but I have come to realize, through my own experience, that this loss is also one of their greatest gifts.

We have had animals in our house since before Heather and I were together. I had the most wonderful dog, Edge, and Heather had 3 very different cats. And before that, a dog, and before that, more dogs. (Heather has had animals in her life since she was just a little bitty thing.) Animals were our companions and friends for many years before children.  They helped us feel better when we were down, and made us laugh or cry, and care. At one point in our relationship, Heather and I had four cats and a dog, all living together in a tiny cabin in the woods. 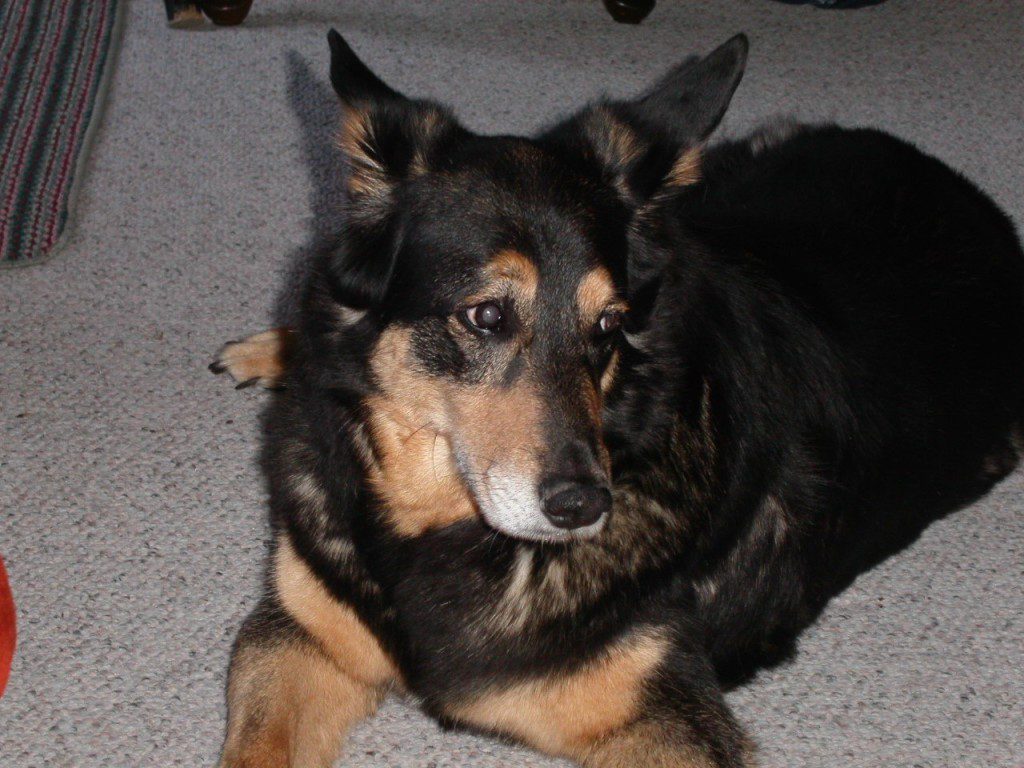 Edge, who went on to have a very long, very happy life.

Our children have shared most of their lives with two of the cats, Mara and Kodi. Tiny, little Mara was the oldest of the two, but the smallest by half. Kodi, our Maine Coon, loved to torment poor Mara. Kodi would calmly, nonchalantly stroll over to wherever Mara was lying, and promptly lie on top of her. She would be almost completely covered by Kodi’s black bulk, emitting little mews of protest as she struggled to wiggle free. Kodi just loved this torture.

Mara was the sweetest little cat. 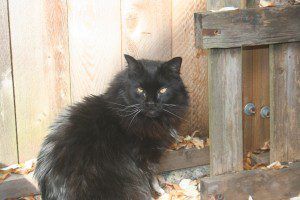 Kodi, short for “Kodiak”, because he looked like a kodiak bear when he was a kitten.

When Zachary and Beth-Rose were very young, they took very little notice of the cats. I think Zach was a little intimidated by them, especially Kodi, after having witnessed some of his abusive behavior toward poor Mara. Beth-Rose seemed to engage a bit more with them as a toddler, probably because Kodi was the same size as she was. As the kids got older, they began to interact more with the cats, and to recognize them as a part of the family. They would be concerned about whether they had been fed, or were they outside somewhere in the rain and wanting in? They enjoyed giving them treats so they could lie on the floor next to them while they ate listening to them purr and stroking their soft fur. They were no longer novelties; they were family.

If one of the cats got sick, the children would do their best to help them feel better. Zachary would sit with them and stroke their fur and worry and fret. If they were out in the rain, he would try his hardest to get them back in the house and dried off. He would do everything to make the cats comfortable and content.

Our oldest cat, Mara, became ill a few years ago, and would not respond to treatment from the veterinarian. She got sicker and sicker, and it became pretty clear that she was not going to be around for much longer. The kids were understandably quite upset, and wanted to do everything they could for her. One day we couldn’t locate her for some time, until Zach discovered her lying on the basement floor. She was barely alive, cold and shaking. We picked her up and brought her back upstairs, and placed her on our bed, covered up in a blanket. We talked to the kids about Mara’s approaching death, and tried to help them understand what was happening. I think the most difficult part of the day was seeing the anguish on our children’s faces. They were not ready to let her go, and it was tearing them up. 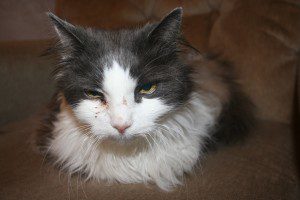 Mara on her last day.

Later in the evening, after the kids had gone to bed, we went back in to check on our little cat. Mara was gone. She lay curled in the blanket with her eyes partly open, and the light in them had just winked out. We kept her wrapped in her blanket, and when the children got up the next morning, they wanted to know how she was. Beth-Rose was not particularly disturbed by her passing, but she was only 4 years old. Zachary was devastated. He sobbed for most of the morning. He was finally able to calm himself when we began talking about having a funeral for Mara. He wanted to help. He wanted to get things ready for her, and this gave him something to focus on.

Mara was made comfortable in a nice, cozy box that we lined with a soft towel. The children sat with her for sometime, stroking her fur and gazing at her. Having this time with their furry little sister was important, I think. They were both quiet, though every so often Beth-Rose would tell us a little story about Mara, and we would laugh, and cry, and share our memories.

I had prepared a spot in the back garden, with Zach’s input, and it was time to say our goodbyes. Beth-Rose was feeling a bit scared by the whole process, so she asked if she could hang back. Zachary helped me put Mara’s box in the hole we had prepared, but he didn’t want to put any dirt on it.

Mara, was about half the size of her younger brother Kodi.

When we finished, the kids chose a little garden figurine of an angel and placed it over the spot Mara now lay. Everyone had another good cry, with Zachary leading the way, and it was done. We spent the day off and on talking about little Mara, and we laughed and cried. Every now and then one of the kids would have a bit of a cry, and that was okay. Heather and I knew that this was a big moment in their young lives. This experience of real grief, the loss of a family member, was a wound never felt before. This was going to take some time for them to get through, and we weren’t going to try to short change them on it. This was no time to slap them on the back with a hearty “Suck it up, Princess!”

Children are going to feel what they feel, no matter what we may say or do. If we as the wise parent decide that the time for grieving is up, and scold our children for being “silly” or “such a baby”, then we are missing out on a valuable life lesson for our children. One that most of our parents probably missed out on. Experiencing these heart-breaking emotions and letting them run their course, with loving guidance, helps kids deal with these strong feelings later in life. Having grown up in a relatively unfeeling household did not help me deal with the emotional challenges of adolescence or young adulthood. Thankfully my sisters were always there for me, but to our parents, strong emotional feeling were best stuffed down deep, where they couldn’t get out. I had to unlearn a lot of crap as an adult, in order to be ready for raising kids of my own.

Our children are going to experience lots of emotional ups and downs throughout their long lives. Grief, anger, sadness, elation, joy, ecstasy and angst. How they deal with these feelings will have much to do with shaping their personalities, their relationships and their careers. I think they are on their way to an amazing life.

Thank you Mara, our littlest teacher, for starting our children on the path to a productive and feeling life! 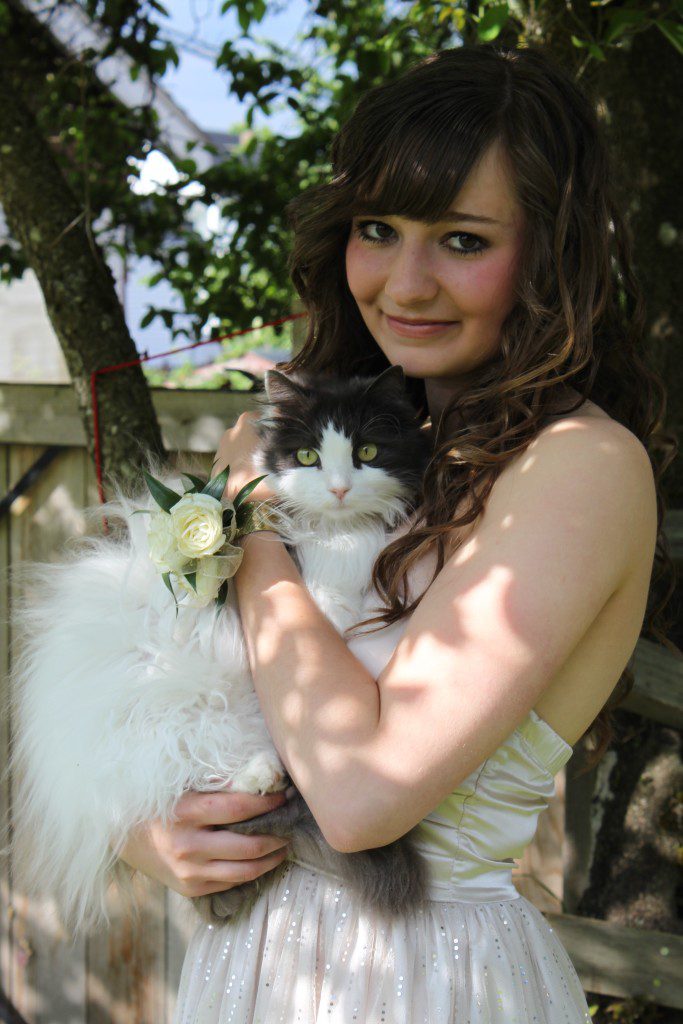 Do you have children who have experienced the loss of a beloved pet? How did you help them through this difficult time? I’d love to hear your story. Drop me a comment below. If you enjoyed this article, I’d appreciate a “Share” on your favorite social media app. Thanks for reading!