The Little Ski Bunny and Her Big Brother 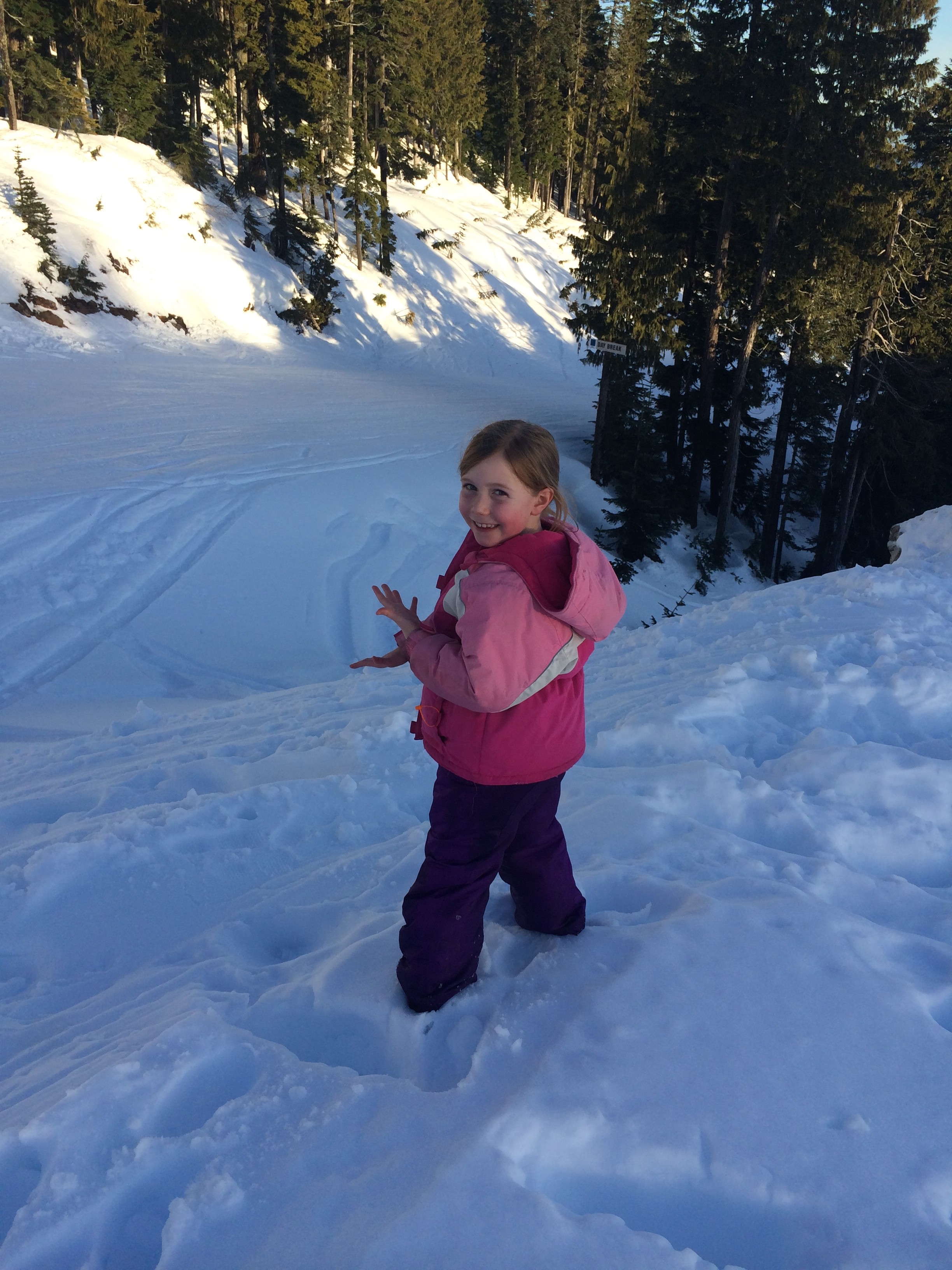 I must be honest. February is not my favorite month. When compared to its 11 siblings, February is not the month that stands out. It’s certainly no July, and even November has the promise of Christmas just around the corner. February is the middle of the long winter, with little hope of ending anytime soon.

I think that’s why someone invented skiing. It had nothing to do with getting around or anything so practical. It was all about, “What can I do instead of sitting here by my fire, to make the most of this long winter?”

As a youngster in suburban Montreal, local skiing was at our community slope, affectionately known as “Suicide Hill”. Thinking back on it now, I realize whoever gave it that somewhat overly dramatic moniker had never spent time skiing the slopes of Whistler or Banff. After all, this was a little 75′ high escarpment on the shores of Lac St. Louis. But when you’re 7 years old, that hill might as well have been the Matterhorn. It was mostly a great place to toboggan, (if you aren’t from Canada, you might want to look that one up.) but we could also take ski lessons there every Saturday morning.

I learned to ski but I didn’t pursue the sport. Hockey was my game, and it took up most of my time. I wasn’t interested in the long drive to the mountains, the lift lines, and the cost of gear. I could play hockey on any of a half-dozen outdoor rinks within 10 minutes of my house, and all I needed were a pair of gloves, a stick and a puck.

I’m older now, and I live somewhere that doesn’t have outdoor rinks. I also have kids who aren’t particularly interested in hockey, which is okay by me. If I thought skiing was expensive…

But we do have skiing on Vancouver Island. Granted, it’s an hour and a half away. But it’s a terrific destination if you want to take your International Student somewhere that is completely different from Brazil. And kids love playing in the snow. So off we go to Mount Washington.

Our son Zachary learned to ski last year at a little place in the Rockies when we were vacationing at Spring Break. But Beth-Rose was not interested. She’s almost a year older now, and she decided she was ready to learn. So a trip to the mountain during the Family Day long weekend would get Nicolle, our Brazilian student, out on a snowboard, Zachary back on skis, and Beth-Rose learning a fun new winter activity.

Mount Washington has some great Learn to Ski programs that worked well with all our kids. On Sunday we got them all set up in lessons. Zach had a refresher, Nicolle did the Discover Snowboarding course, and Beth-Rose discovered skiing was fun. Her lesson went wonderfully. In two hours she was going up and down the run like a 7-year-old pro. She looked like she had been doing this for most of her life. Great, we thought. We’ll have a wonderful day of skiing the next day with the whole family.

On Monday, we arrived on the mountain with mostly clear skies and a windless, mild day to greet us. Everybody geared up and headed off to the runs. Zachary and Nicolle headed off to play and Heather and I went with Beth-Rose. On a nice little bunny hill our daughter froze. She was not ready to go down. Her stomach hurt. Her feet were sore. She had a bruise. What!? Where did our little Lindsey Vonn go?

We finally got her off on the first run, down the same slope she had taken about 30 times the day before, but she was in danger of getting a ski caught in her big pouty bottom lip. But now we had a problem. The lift she had been using the day before was not available. We would have to carry on down the next slope to the “magic carpet” lift there. Well that was just not acceptable. It probably took us 20 minutes to cover that 300 feet of slope. By now she was crying, yelling, and wanting to go home. Her legs hurt, it was too hard, and no fun. This was not looking good for us parents, who had shelled out a small fortune for the whole family to have a great experience on the mountain. We tried calmly to convince our traumatized daughter that the slope we were on was no different from the one she had learned on the day before.  She just got more upset.

And we got mad. It’s unfortunate that, in the heat of the moment, when our child is distraught and probably a little afraid of the unknown, we lost our cool. We yelled and we threatened to leave her sitting in a snow bank to watch the rest of us ski. It was not pretty. But at that moment, her big brother Zachary showed up. He asked her what he could do. He wanted so badly to help her. In just a few moments he calmed Beth-Rose down. She wanted to be with him, so he told her he would go down with her. She got herself back up on her skis and made her way down the rest of the way with her brother. And then she did it again. In no time, she was back to being the 7-year-old ski pro with a smile on her face and ready to take on the hills.

Heather and I spent the rest of the day dividing our time between Zachary and Beth-Rose, following them down the trails and encouraging them. Zach explored different runs on the mountain, and Beth-Rose perfected her technique on the beginner slope. She gained her confidence and branched out a bit. She combined trails for longer runs, tried her hand at different runs, and wouldn’t stop for lunch.

Children have different ways of dealing with their emotions than us adults. They can be stubborn and rigid in their attitude. It becomes a problem when the parents behave the same way. When kids and parents become entrenched in their positions, no one wins. Sometimes it’s up to the parent to move over, get out of the way and let the child have their moment. And when all else fails, maybe there’s a compassionate, loving, older brother to step up and make it all okay.