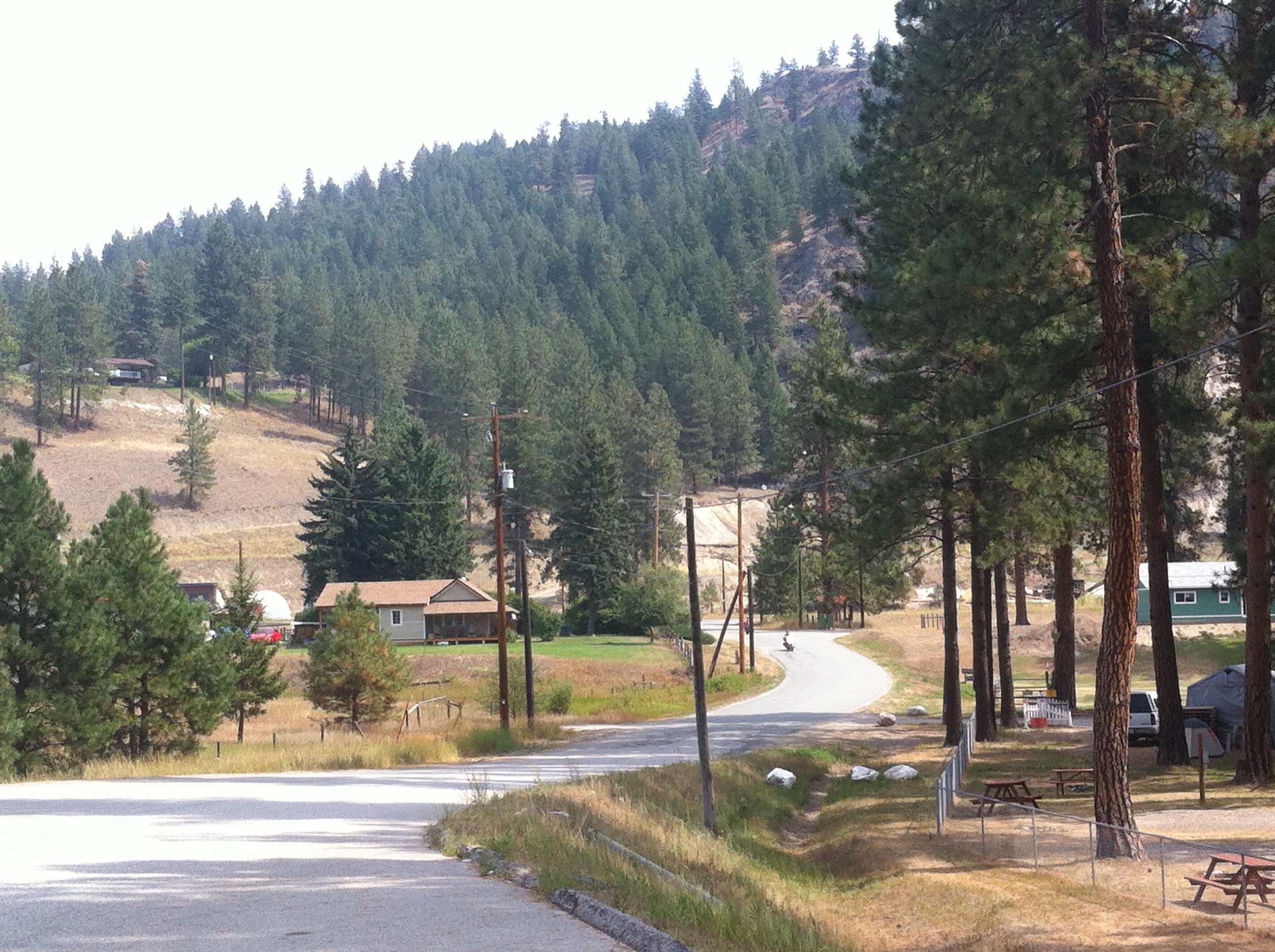 We got around in a ’65 Rambler station wagon, a virtual limousine to a 6-year-old child. While my older brother and sister sat in the back seat and did whatever it was that older kids did, my twin sister Debbie and I got to spread out on the back deck of the wagon, reading comic books and playing cards. I still have a vivid memory of that coarse blue fabric that chafed our knees and contained all manner of crumbs, spills and mystery stains. Of course it never crossed our minds (or our parents, for that matter!) that we had the potential to become human missiles in a terrible car crash. I shudder now to even consider my own children traveling this way. Put on your seat belts for God’s sake!

We saw a lot of the world from the back of that old Rambler, albeit along a narrow freeway strip. To me it was a big wide world that just called out for exploration. I was rarely bored on these drives that sometimes lasted for 3 days. The anticipation of the coming road trip was so strong that I would lie awake late into the nights leading up to our departure date. And finally the day dawned when we were awakened by my father’s booming voice from the bottom of the stairs, telling us to get up or they were leaving without us.

With our own children, I fully expected this wonderfully romantic memory was going to be recreated. Everything would be just like it was when I was a kid, short of the suicidal station wagon ride. And instead of board games, comic books and cards, our children had portable DVD players and an entire library of Disney, Baby Einstein, and The Backyardigans.

A mere two hours into the journey, we find ourselves pulled over in Merritt. We’re staring at each other in shock and standing a safe distance from the car while its two tiny occupants continue to scream the upholstery off the seats. What the heck were we thinking!? Is it too late to go back? Can it get any worse? Well as it turns out, no, it didn’t get any worse. And we learned much from that first epic meltdown. And I know this sounds obvious, but kids seem to need a bit more nutrition than us adults. At least more often. And they really don’t want to hear, “Just another hour and we can stop for lunch.” 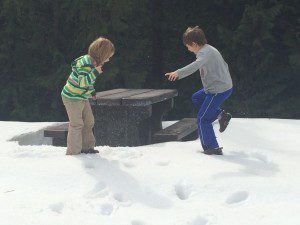 At a rest stop in the Rockies, we finally find some snow.

Lesson humbly learned, we were able to carry on. And we managed to have a pretty good time. But that’s really easy for me to say, because all I had to do was drive. On a road trip with a couple of young children, that really is the easiest job. Kind of an escape from reality, really. The toughest job falls to the person in the passenger seat. Because from this restricted position, all strapped in for safety, you must now look after every whim and wish of the two little dictators in the back seat, as well as the endlessly needy driver beside you.

I have to say Heather is the best co-pilot anyone could have along on a road trip. This position requires the patience of a saint, the skill and dexterity of a neurosurgeon, and the flexibility of a freak show contortionist. From her spot in the passenger seat, I’ve seen Heather prepare a four course gourmet dinner, install and configure two complete sets of surround sound Imax film presentations, and fill a prescription for sunglasses. Okay, I may be exaggerating a little. But that’s how it appears from my cozy, comfortable seat behind the wheel.

She may be napping, or reading her book, or just relaxing when suddenly one of the kids call out for a snack, or the movie just went dark, or it isn’t loud enough, or they dropped their sandwich on the floor, or I need my sunglasses. And Heather is on top of it, getting it done with a smile and a kind word.  Absolutely the best co-pilot! 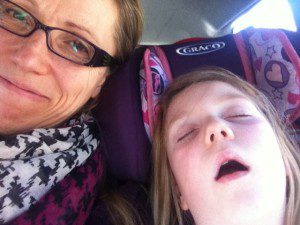 Overcome by the excitement of the road

I’ve always been a person who revels in the journey, with the destination being the icing on the cake. I’ll take a train trip over an airplane flight any day. A three day drive is part of the experience. My kids may never feel the same way as I do, but that’s okay. At least they can sit in the back and watch the world go by, and laugh, and play, until it’s time to stop for the night. There is, after all, so much more out there, once you get past your local Dairy Queen. 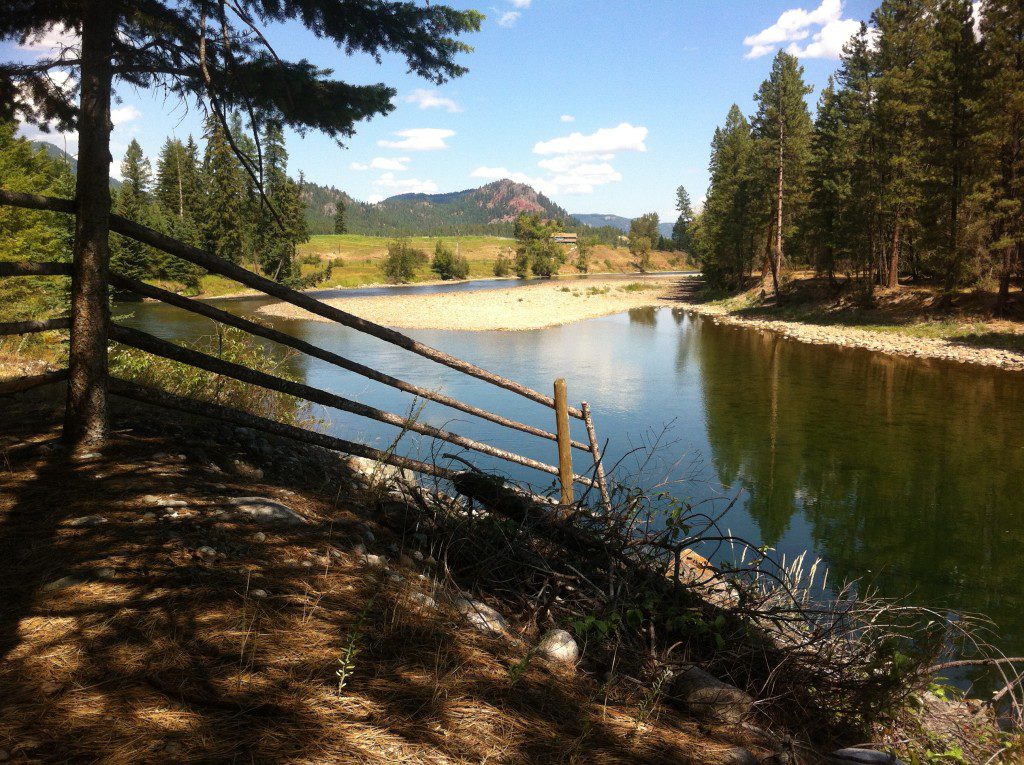 2 thoughts on “The Road Trip”