Snow Days are the Best Days! 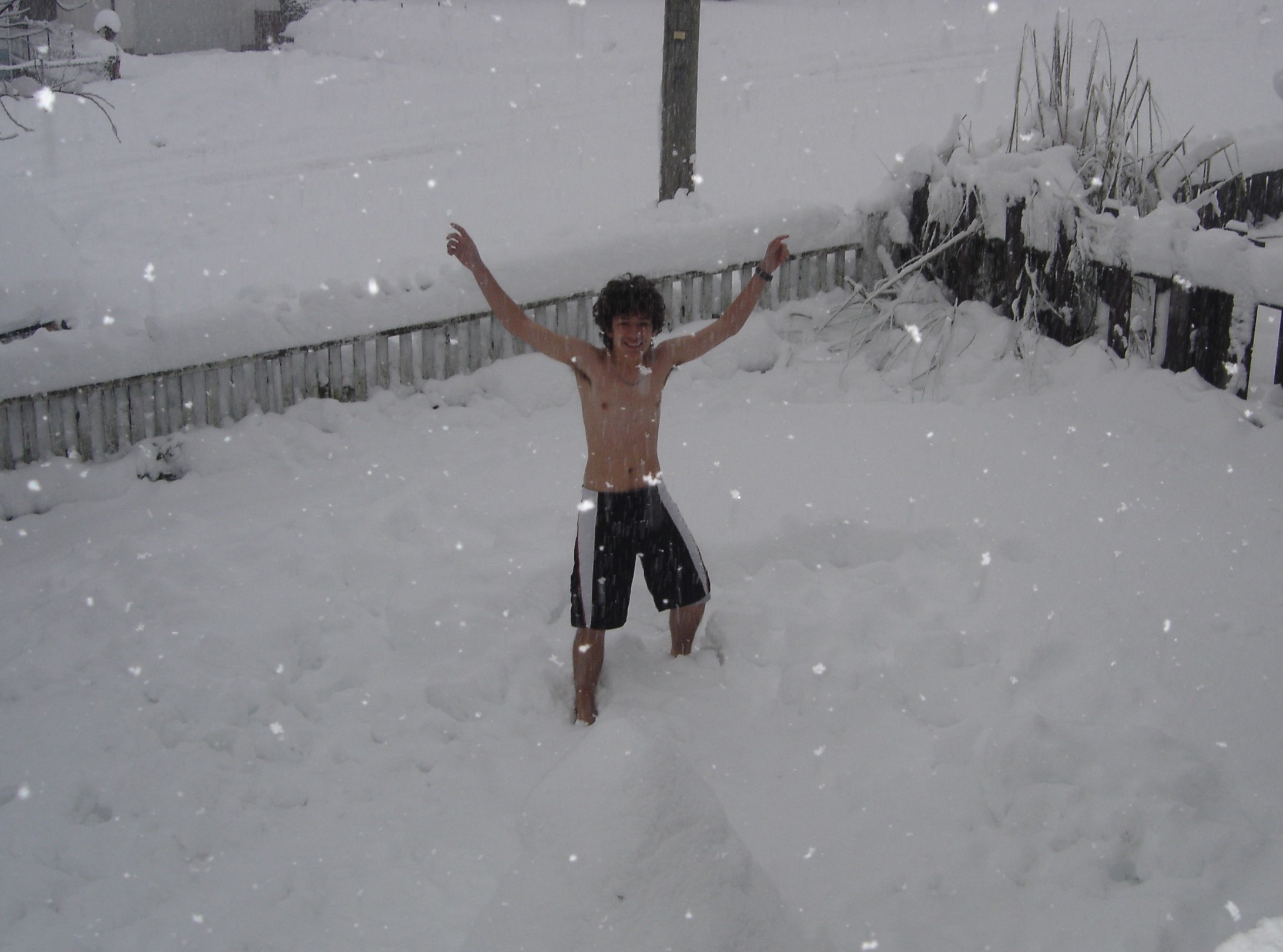 Today we’re having a snow day. We’ve had snow for the last four days, almost unheard of in our part of the world. Here on Vancouver Island when it snows, people start circling the wagons and rationing their provisions. No telling when we’ll be able to get out to the store again! It can actually be pretty comical, until you do venture out on the road and get passed by some wingnut doing 110 while everyone else is doing a safe 70. With a “New Driver” sticker on their bumper. A black pickup truck, with license number BGM 1…sorry, I might be venting a bit…

What I mean to say is that, a snow day is a pretty special event for younger kids. It not only means a day off from school, completely different from a weekend day, but a chance to connect with nature in a very meaningful way. Because it doesn’t snow much on the Island, it becomes so much more significant when it does. Getting a day off from school to go out and play in the snow is a big deal when you’re pre-adolescent. 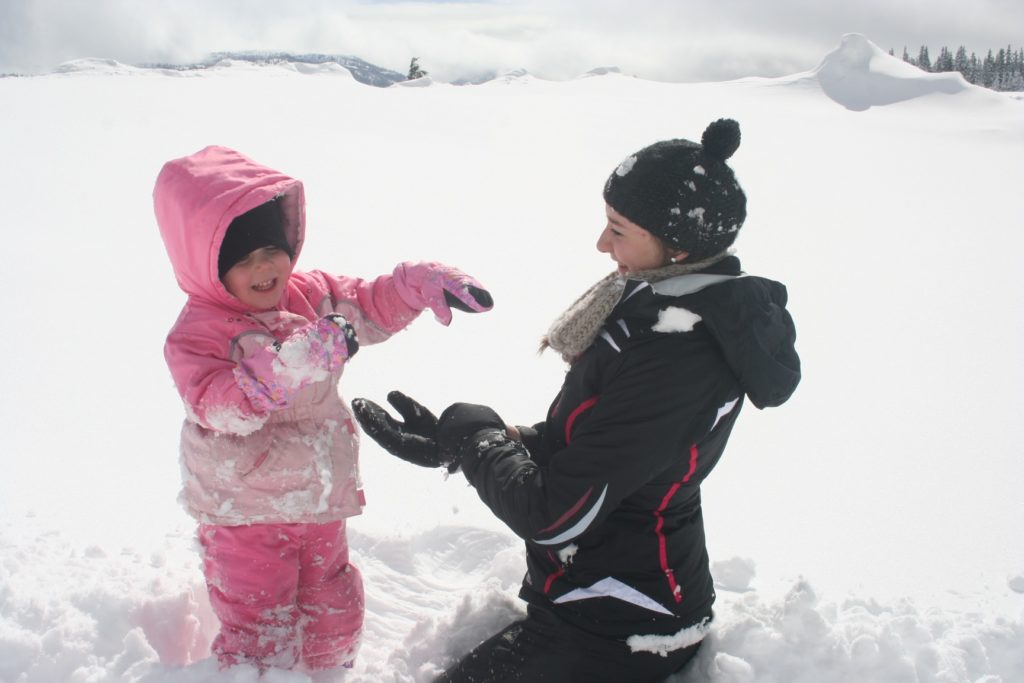 Beth-Rose and Larissa, our German International student, enjoy the snow. 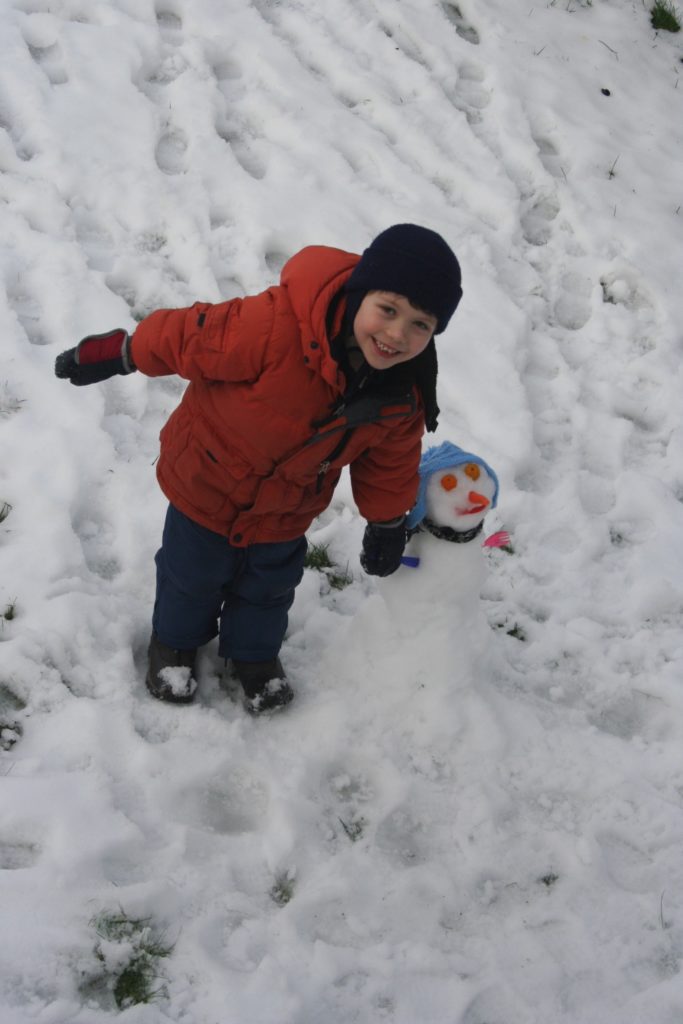 A very small Zachary with his first snowman.

I grew up back east, where winter could sometimes encompass most of autumn and the better part of spring.  We played hockey on outdoor rinks, our tiny feet frozen inside our skates. The change room was filled with sobbing children after a game, as their parents worked feverishly to un-lace those skates to free our frozen toes only just beginning to thaw out. That pain is something you never forget. When blood begins to flow again, and you want your toes to be numb again. I don’t think my children are ever going to experience that one.

I also remember wearing the toque that converted into a balaclava, completely covering your face, with eye holes that never seemed to line up properly. The fabric on my face would alternate between frost-covered and wet, tasting of wet wool, salty sweat, and snot. I always liked the feeling of ice-crusted eyebrows, but not the needle cold of the wind freezing my exposed forehead.

I remember being outside on cold winter nights and just standing under a street light, looking up at the fluffy cascade of snowflakes falling through the pale yellow wash of the light. The sound was like no other, that dry brushing hush of thousands of flakes touching lightly down on the already thick blanket. I remember one particular winter night when I and a group of friends were on a weekend Outing Club trip with our school. We were walking down a country road somewhere in the Eastern Townships of Quebec. The snow was falling heavily, huge fluffy flakes filling the air so thickly it was impossible not to breathe them in. We stopped walking, the five of us, and just stood with our faces to the dark sky, letting the snow tickle our upturned faces. Without the hint of a breeze, the only sound was our breathing and the sound of the flakes touching down. It sounded faintly like a far off shower, barely discernible in the distance. I want my children to have those experiences. Just not for 6 months of the year.

We’ve had several snow days this year, which is considerably more than we usually have. We spent some time tubing and playing in the snow up at Mount Washington. That day was pretty incredible, because the snow fell thickly all day. And it felt like we had the mountain to ourselves. Our kids love the snow so much, they would be content for us to drive for an hour and a half just to roll around in the stuff. Which we have done before. If the snow won’t come to us, we’ll just have to go to the snow. 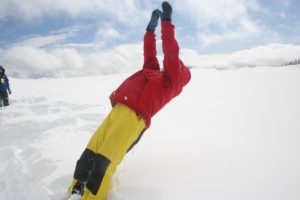 Heather takes a fall into fresh powder on Mt. Washington. 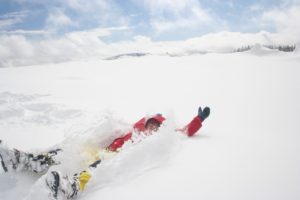 A soft landing in a snow cloud. This is how to enjoy a snow day!

I think a snow day creates an opportunity for children to have a nature experience different from the everyday. They become more attuned to their senses, whether it’s the cold seeping through wet mittens, or the stark brightness of a snow-covered field, or the taste of frozen snow landing on outstretched tongues. Yesterday I had a snowball fight with my kids and the boy next door. When we were done and Beth-Rose and I came in for some hot chocolate, Zachary stayed outside lying in the snow, motionless. I watched him and wondered what was going through his mind. Did he hear the snow falling around and on him? Was he aware of the cold ground underneath him? Was he imagining himself on some great northern expedition, trying to reach the North Pole on foot? That was one of my snow day fantasies as a kid. I would build a snow fort and lie inside, imagining that I was hunkering down to wait out a terrible storm. Was Zachary imagining something similar? 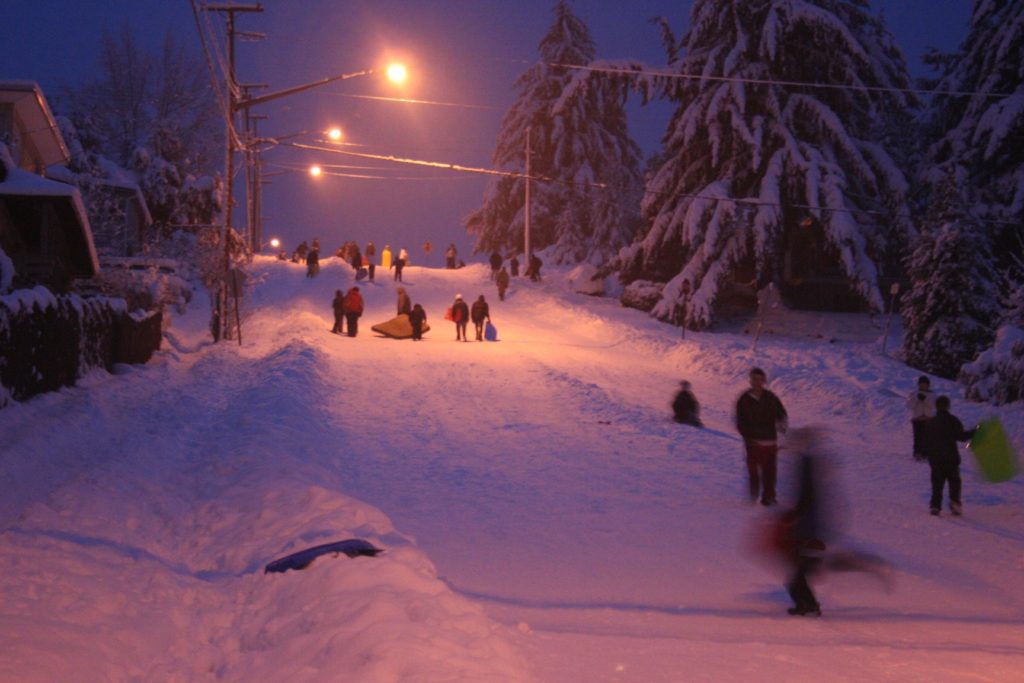 A rare event: evening sledding on a closed off Symonds St. in Ladysmith

Today the kids built a snow fort. It has a living room, two bedrooms with couches and beds. They were pretending they are at university, living on their own. They were at it for hours. Beth-Rose has come in because her feet are freezing, so they are both going out to the hot tub. I believe that going for a nice, leisurely soak in a hot tub, followed by a steamy, frothy hot chocolate, might just be a pretty good way to end a snow day. I hope they remember this day. These are good memories for kids to create. These are the moments to file away for later recollection, the good times they had as children. As their dad, it also makes a pretty good memory for me.

What’s your great snow day memory? Did you have snow days where you grew up? Did you even have snow? I’d love to hear about your experiences growing up, so please leave a comment below.

5 thoughts on “Snow Days are the Best Days!”