What Does Family Day Mean to You?

Let’s face it. February has gotten a pretty bad rap as far as months of the year go. It just hasn’t had a lot going for it. For starters, it’s short. Of all the months of the year, it is considerably shorter than all its eleven siblings. And by a whole two days! Here in Canada, as well as many other parts of the world, it’s still the depths of Winter in February. It’s that time of the year when we’re really tired of the short days, long nights and cold temperatures, but we still have to get through February! Now I’m not saying January is a great month, not by any stretch of the imagination. Oh sure, it’s got New Years Day, but that’s really just a part of the Christmas holiday anyway. And for many kids, January can still have up to 7 days off at the beginning of the month, thanks to the aforementioned Christmas Break. That makes January pretty sweet for kids.

Up until a couple of years ago, us folks out here in British Columbia had little hope for a break in the winter routine, at least not until Spring Break or Easter weekend. But then we got Family Day! A day off in February! What!? Family Day is a Statutory Holiday in some provinces in Canada. And it has been for many a year, except in BC. So every year we would collectively gripe about the rest of the country getting this three-day weekend in February, while we in BC just martyred on, moping and whining in the cold, mid-winter bluster of this little twerpy month. My question is; all the other provinces that don’t celebrate Family Day, including most of the Maritimes and Quebec, do they whine about it as much as we did? Probably not. After all, we’re in BC. We’ve learned to take the whine to a whole new level.

This holiday in February is generally considered to be a special time to spend with our families and loved ones. A time to bond and enjoy what makes our family relationships so great. For some families. You know who you are…

When Family Day came to our province in 2013, we chose to make it about our family. We wanted to make this special day all about being with each other, enjoying our family bond and the connections we have with one another. It just doesn’t seem right to squander the day by sleeping too long, catching up on homework or projects, or just wasting a holiday and treating it as just another day off. Let’s get out and DO something!

This year we went to the beach. The weather was nice and mild, and we decided to head over to Grandma’s and take her golden Lab Murphy down to the beach and just enjoy. No big deal, no song and dance. Just a simple, uncomplicated day at the beach with the family. What could be better? But before we went, I did sleep in a bit. Why not? It’s a day off! 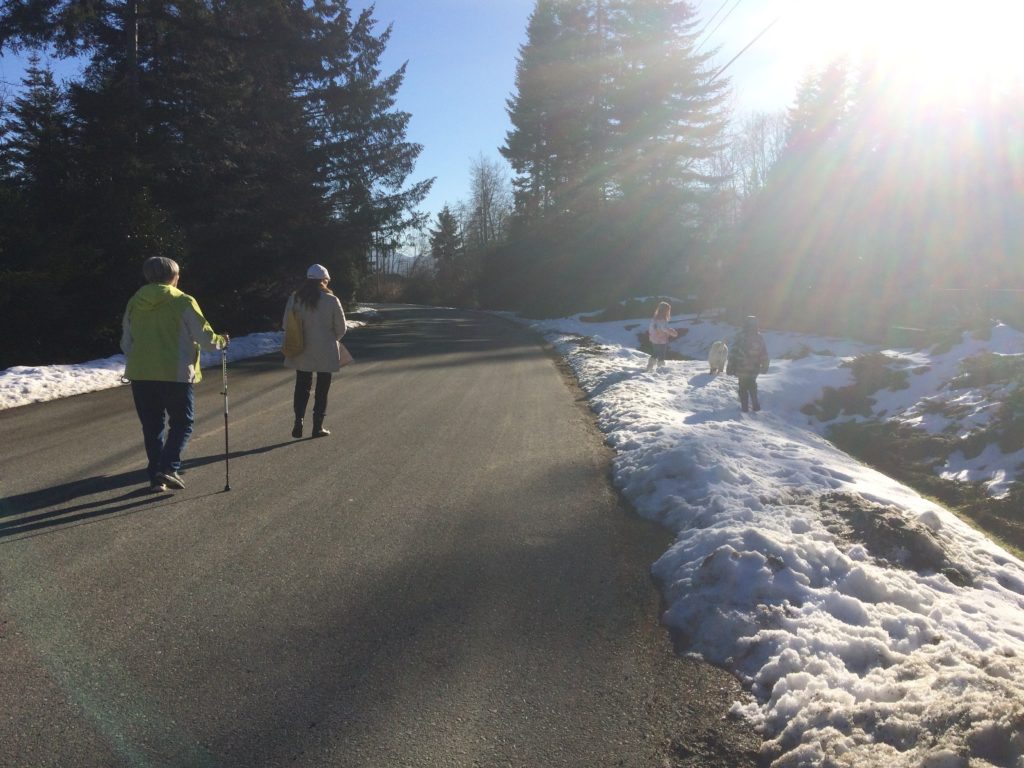 Heading to the beach with Murphy Dog

What does your family do on Family Day? Is it such a big deal to you, or is it just another day off for you? What about other holidays throughout the year? Do they have significance to you? Have you created traditions over the years of celebrating these days that you return to year after year? Leave a comment below because I’d love to hear about it.