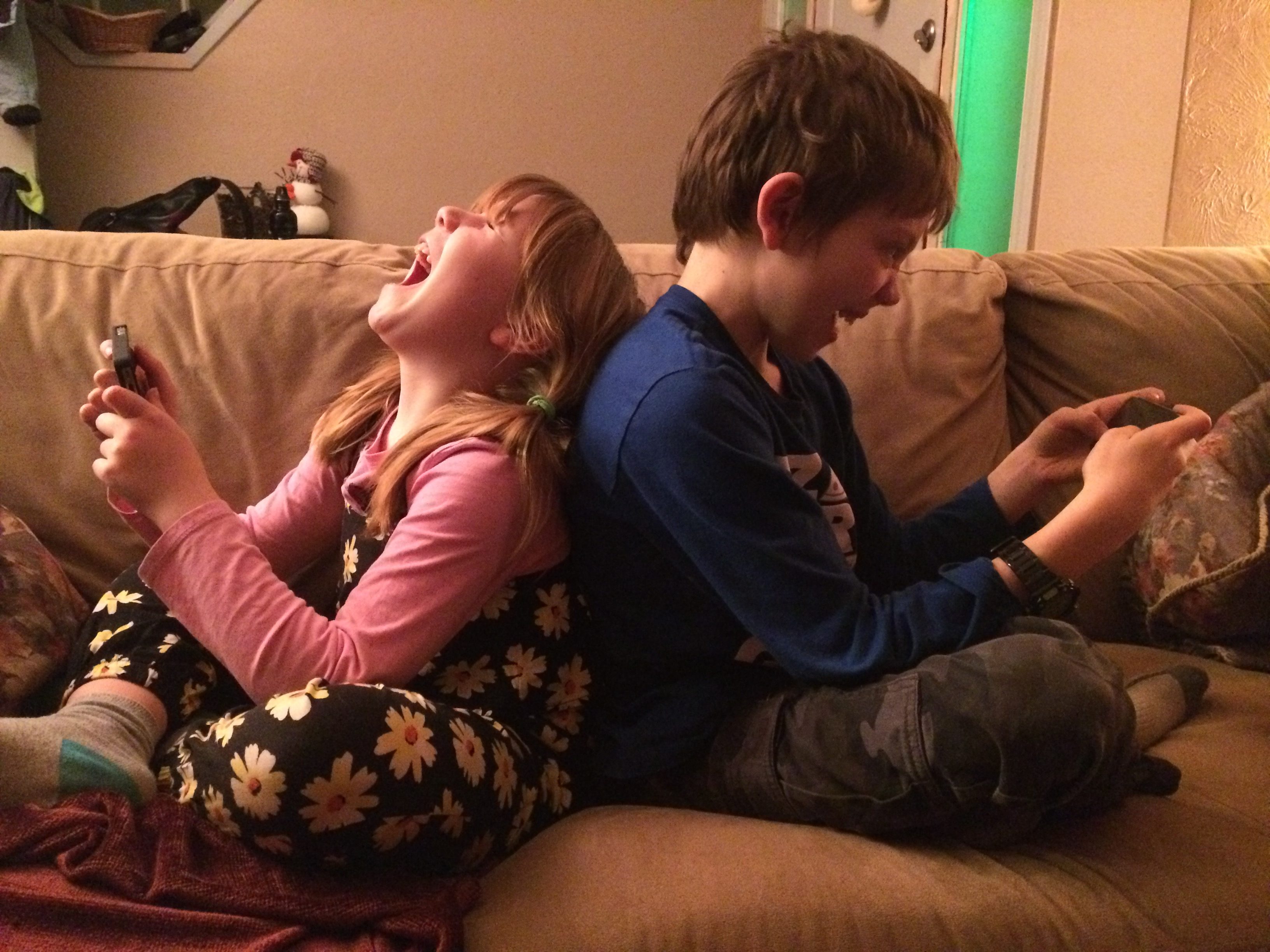 The Canadian physical education lobby group Participaction recently released their 2016 Report Card on Physical Activity for Children and Youth. If you haven’t seen it, I suggest you have a read. You can peruse a summary of their report card here. The report is an eye-opener when it comes to our children’s activities, and how those activities relate to their sleep. As it turns out, our kid’s decreasing quality of sleep may prove to be the biggest negative factor of their development.

The first thing I noticed in the Report Card was their baseline number of two hours of recreational screen time per day. Seriously, our Canadian kids are given 2 hours of screen time per day as the norm? I would have thought one hour was the max! One hour has been our rule, though that sometimes gets thrown out on rainy weekends or when kids are home with the flu. Or when we get lazy.

Back to that baseline number for recreational screen time. The report states that “Only 24% of 5 to 17-year-olds meet the Canadian Sedentary Behaviour Guidelines recommendation of no more than 2 hours of recreational screen time per day.” That essentially says that 76% of our kids are watching more than two hours a day of television, video games, YouTube, texting, Snap Chat, Instagram, Facebook, etc. A correlation was made showing that this increased screen time, coupled with a decrease in physical activity, has resulted in a declining amount of quality sleep time. “In recent decades, children’s nightly sleep duration has decreased by about 30 to 60 minutes.” Reduced sleep is leading to difficulties in school, including behaviour issues, staying awake in class, and reduced IQ scores. And chronic sleep deprivation has been linked to depression and suicidal thoughts. Yikes!

Our children already face challenging times as they grow to adulthood. Peer pressure means so much more than it did when I was a teen. Being able to afford post-secondary education without carrying crippling debt into their adult lives becomes a huge challenge. An emerging “Gig-Economy” means fewer career opportunities in their chosen field. Now we throw in sleep-deprivation to the mix, and we cripple our children before they even get started! 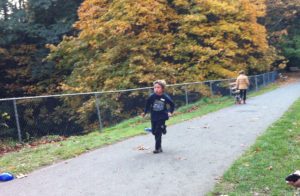 Zachary getting it done at the District Track Meet

Our family is not immune to this emerging trend. We have days when our children stay hunched over their devices, playing video games or watching Netflix for hours on end. As long as we allow them the screen time, they will happily oblige. There are days when it’s just easier to let them have time on their devices so we don’t have to “parent”. I know, it’s lazy parenting, but I also know we’re not alone. The statistics are quite eye-opening. An example in the report states that “Only 25% of parents say their kids…typically walk or wheel to and from school, and 58% say their kids are driven.” Many parents move to neighbourhoods because they are close to their kid’s school. How about letting them walk there? I realize some parents fear for their children’s safety and would rather drive them. Then maybe they could choose to walk with them? Just a thought, and another way of spending time with our kids.

It isn’t just recreational screen time that is the issue. According to the Participaction Report Card, having a packed schedule can be just as detrimental. Are your kids involved in so many activities that dinner is rushed and bedtimes are pushed back to accommodate them? Do they stay up late to finish homework? Having children in lots of activities, even those that involve being physical, doesn’t necessarily mean that they are getting better sleep. Zachary has Karate two nights a week. While we think it’s great that he’s getting this excellent physical workout, it may very well be detrimental to his quality of sleep. Children involved in evening activities may be excited or amped up when they get home at bedtime, when they should be winding down and preparing to fall asleep. Zachary sometimes complains about having a lousy sleep, and he feels it the next day. We see it in his behaviour and his mood. Maybe his evening activities play a part.

So what’s the answer? The Participaction Report card isn’t all doom and gloom. As a result of their efforts on our children’s behalf, the Canadian government created the world’s first 24-Hour Movement Guidelines For Children and Youth. In a nutshell, it states that children between the ages of 5 and 17 should achieve high levels of physical activity, low levels of sedentary behaviour, and sufficient sleep each day. That means 60 minutes of moderate to vigorous physical activity, less than 2 hours per day of recreational screen time, limited sitting for extended periods, and uninterrupted 9-11 hours of sleep for 5-13 year-olds and 8-10 hours for kids aged 11-17. Sleep times should be consistent, with no more than an hour variation on weekends. 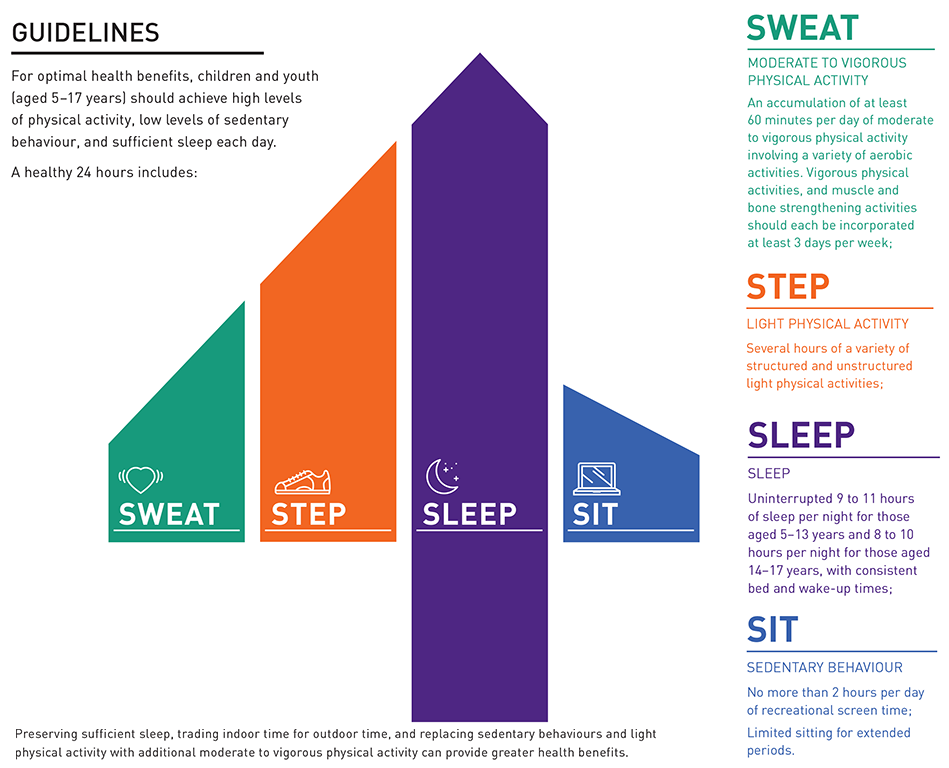 Image courtesy of The Canadian Society for Exercise Physiology, www.csep.ca/guidelines 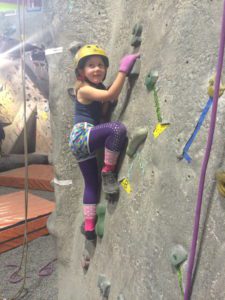 Get involved with their physical activities. Only 36% of parents with 5-17 year old children reported playing active games with their kids. We are certainly guilty of that one. It’s easier to send the kids outside to play while we stay in and do “adult stuff”, like go on the computer, read, watch TV and not engage with our children.

As for Zachary’s Karate, we aren’t going to take that away just because it’s right before bedtime. There are too many other benefits of participating in Karate for him. We’ve adjusted his wake up time, and will continue to monitor his sleep quality.

Meanwhile, as I write this, the kids are outside playing in the snow. They had plenty of screen time earlier today, but with the rarity of snow on the ground in this part of the world, it’s relatively easy to coax them outside. I think I’ll put on my coat and go have a snowball fight. They won’t see me coming. They’ll think I’m still inside, doing a bunch of “adult stuff”.