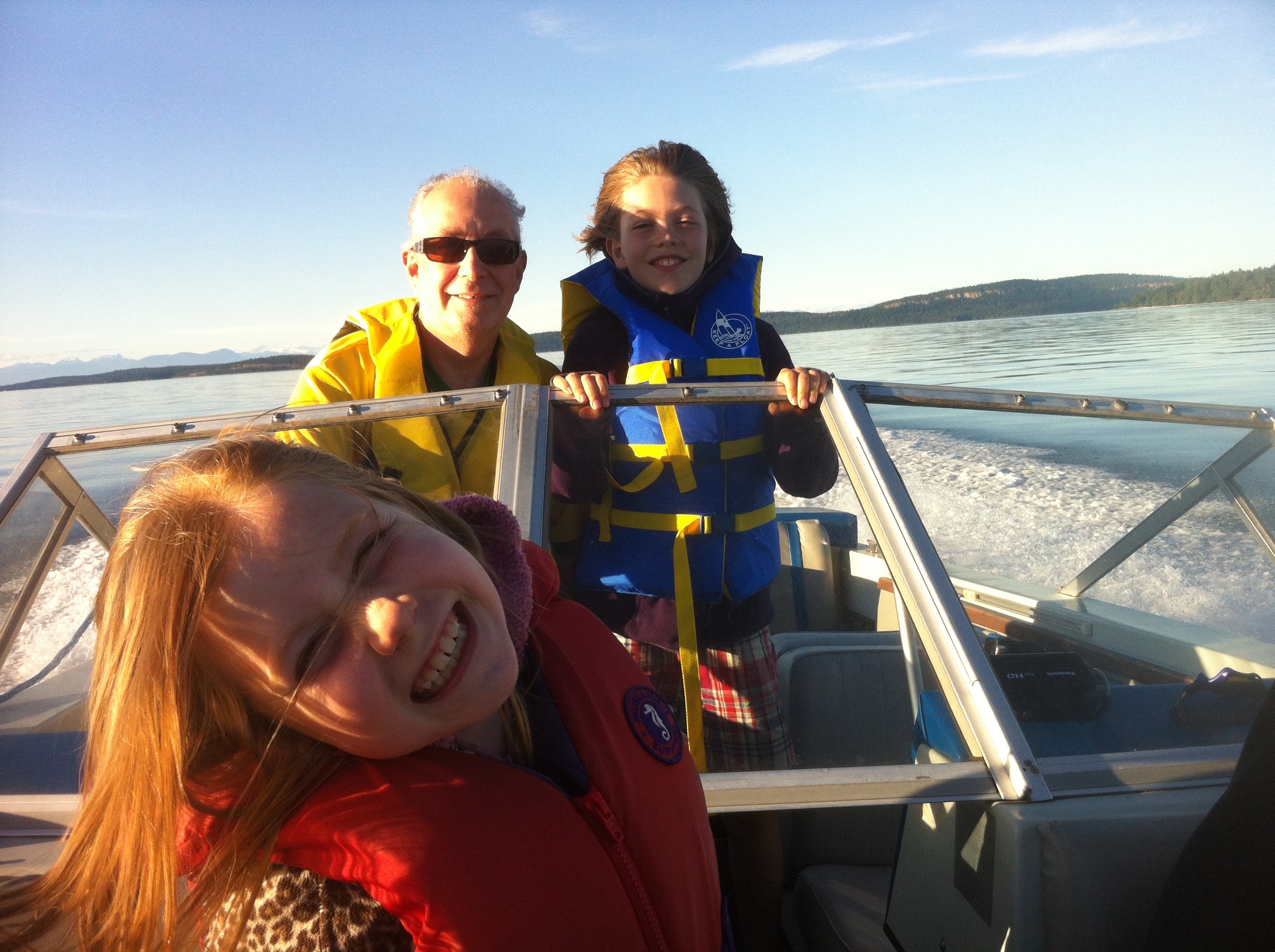 I have a confession to make. Sometimes I discount things my kids say. It’s true! I know, hard to imagine, me, not really paying attention to my kids and their sometimes over the top ranting, complaining, explaining, detailing…but I do. As I mentioned in an earlier post, our children have a way of making everything BIG! And Zachary will usually preface these BIG events with an exclamation like, “I literally DIED!!”

Drama for kids is such a big part of their day to day lives. It’s like they studied theatre with William Shatner. Everything is big, their expressions are Big, the volume of their stories is BIG, the potential outcomes are BIG, the importance they attach to every minute detail is, well, BIG!

I saw a post on Facebook the other day that presented this concept succinctly. The title of the post was “Why Kids Cry”, and it consisted of a series of pictures of children in mid-tantrum or inconsolable grief. The captions that went along with each photo included such tragedies as “she dropped the receipt we got from the gas station”, her brother joined her for breakfast”, “I told him we can’t keep the lobster as a pet”, and my personal favorite, “Miley was on TV”. I guess that one isn’t much of a stretch. 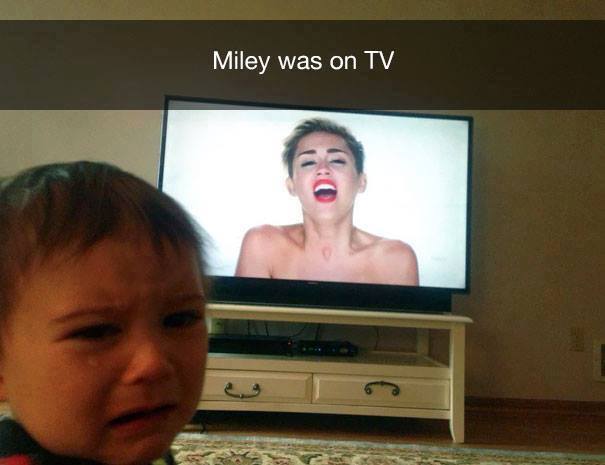 This is not Sesame Street!

The point I want to make is that sometimes the everyday things, what some might call “the small stuff”, isn’t necessarily small to our kids. Some of these moments are downright traumatic to children still finding their emotional chops. Let me share a recent story that helped illustrate this concept for me.

We purchased a boat earlier this year that the whole family was excited about. A nice little 16′ runabout with an inboard/outboard engine capable of near light speed. The kids were chuffed. They couldn’t wait to get out on it, but a couple of things needed doing first. Number one on the list was Daddy had to get his Pleasure Craft Operator’s License. Heather bought me the course and handbook so I could complete the course and be legal, and the kids did their part by asking me everyday for 3 months if I had started the course yet. They also gave me a nifty Captain’s hat for my birthday! 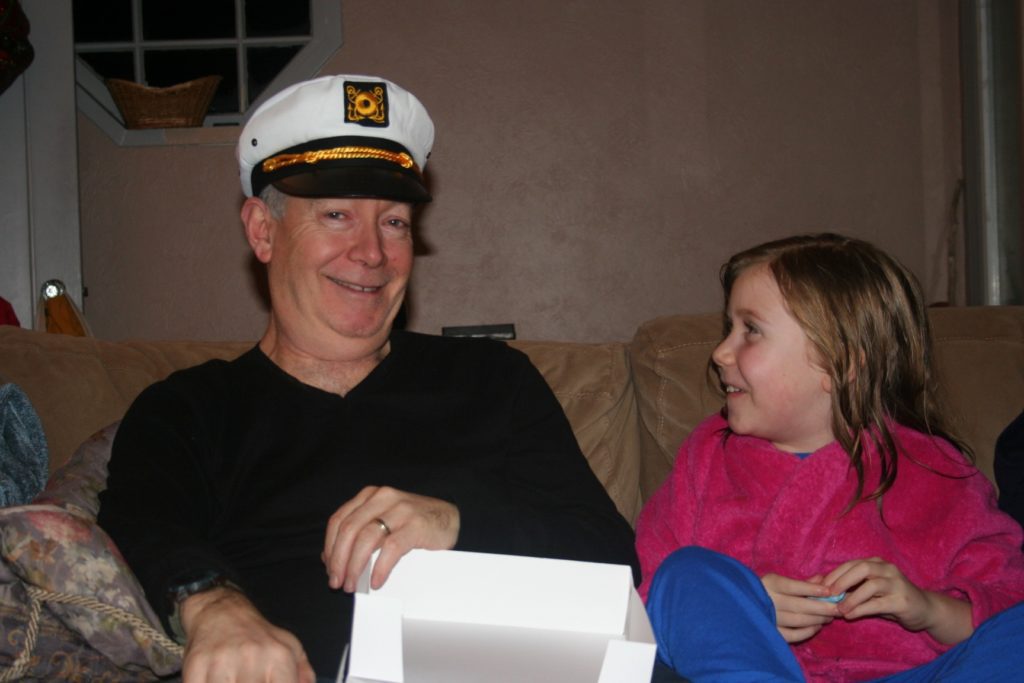 I could be mistaken for Capt. Stubing!

The next thing was to get the boat ready for a season on the water. It hadn’t seen a body of water in 8 months, so there were a few things that needed to be done. This ended up taking longer than we expected, and cost more than we expected (After all, BOAT stands for Bring Out Another Thousand), but in the end, she was ready to go. The weather for the upcoming weekend was perfect, with clear skies, calm seas, and highs in the upper 20’s. There was one small catch; Zachary was planning on spending his weekend over in Vancouver with his cousin, playing video games, riding bikes, and enjoying his uncle’s famous waffles and his epic afternoon “cocktails”.

I felt that it was important that we let Zachary know that, while he was away having fun with his cousin, we would take the opportunity to get the boat out on the water for the inaugural run. He would be able to go on the boat the next time around. No biggie, right? Wrong! To put it bluntly, he was pissed. This turned out to be the most unfair thing to happen to a kid since Brussels sprouts were invented. We told him that it was fair because he was off gallivanting about with his cousin, while we were left to fend for ourselves in our humdrum lives. He argued that this was the only opportunity to go on the boat for the first time with everyone, and it wouldn’t be fair if he wasn’t there. We countered with “It will be the first time with everyone when you come out with us the next time.” But since he has a bright future as a courtroom lawyer, he always had a better, more logical argument to shut down our pathetic justifications.

This back and forth went on for some time, and eventually he was very angry and upset, and we were getting angry with his stubborn petulance. By the time it was his bed time, Heather and I were fed up, and Zach wanted nothing to do with us. We decided, as a gesture of compromise, that if he decided to wait until Saturday morning to go over to the mainland, we could all go out on the boat together on Friday evening. He would get to experience the “first time with the family” and still have most of the weekend with his cousin.

He didn’t like this because it meant that he’d only have one night on the mainland. Aarrgh!! That did it for me. I told him that he needed to learn to be flexible and to learn to compromise, otherwise he was going to have a lot of frustration and disappointment in his life. I left him to sleep on it.

The next morning he informed us that he would be okay with going to his cousin’s on Saturday, leaving Friday evening for the premiere of the “Family Boat Ride”. Hurray! Compromise! He was finally seeing it our way. After all, we’re the adults here. We really do know best, even if he doesn’t think so. Yes, I really believed this!

Friday came around, and both kids were over the top excited. I have to admit, so was I. I had been looking forward to this for about 4 years, ever since we had vacationed in Quebec and spent a couple of days out on my buddy Jeff’s boat. On that holiday, I had pretty much decided that, one day, come Hell or high water, I was going to get a boat. After all, I live on the coast. When you live on the coast, you should have a boat!

We managed to get the boat launched without any issues, though I had a lot of anxiety about getting it into the water. What if my brakes failed? What if I forgot to put in the drain plug? What if I ran it into another boat? Silly worries that were all for naught. Everything went well, and the weather was perfect. We got her out into the open water and cruised. The water was a sheet of glass, the air was warm, and the skies were clear blue. And both Beth-Rose and Zachary had Perma-grins stitched to their faces. As I opened the throttle and we planed across the smooth surface, Zachary shouted “This is awesome!” He was in heaven and he wanted everyone to know. He was having the best day of his life, because doing this with everyone in his family was the most important thing to him in this moment. 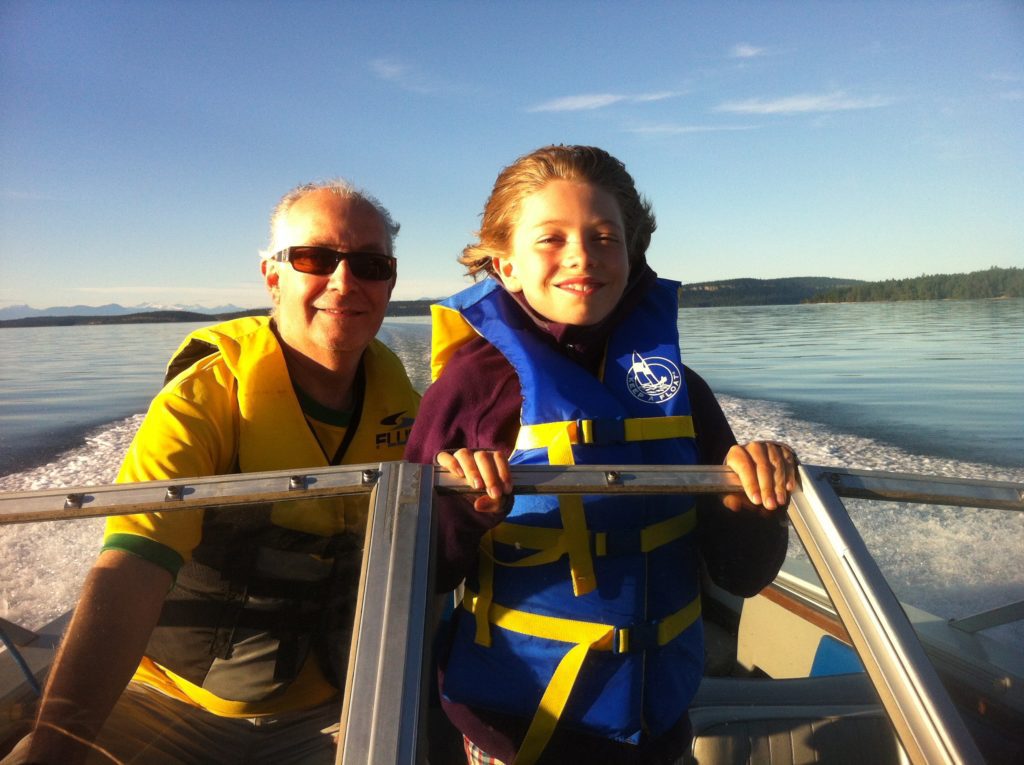 As I watched his reaction, I realized how I had minimized his feelings about getting out on the boat “for the first time with all of us.” I had put down his emotional response as just more childhood drama, not worth responding to. But Zachary, like so many other children, like his sister, wears his heart on his sleeve, and his emotions are raw and real and BIG. This was the most important event in his life, and I had almost prevented him from experiencing it.

3 thoughts on “Do Your Kids Emotions Matter? Big Time!”