Everything You Wanted to Know About Hoodoos, And a Video 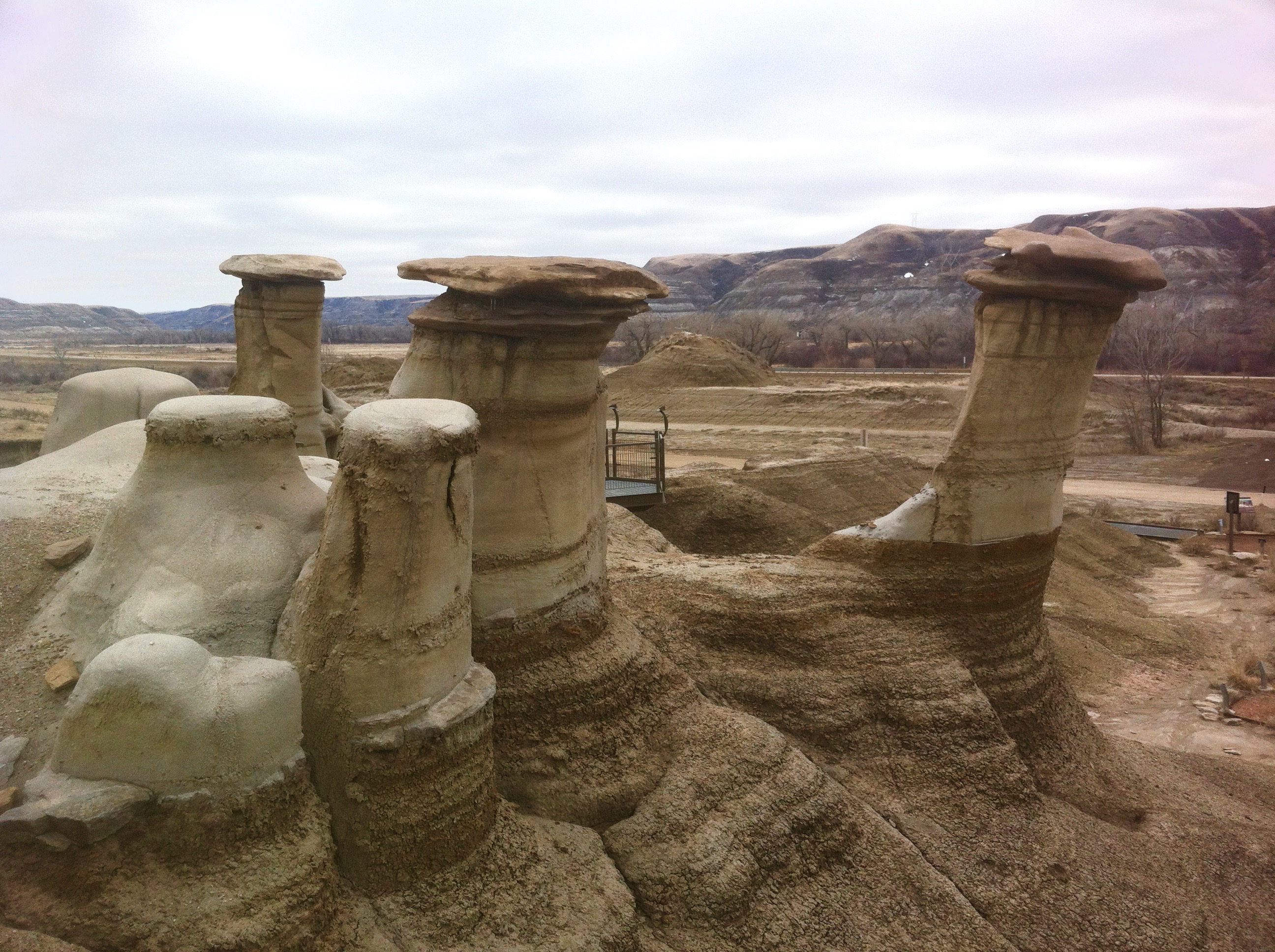 Continuing on with my current Hoodoo fixation, I thought I would give you a bit of background on the etymology of the word “hoodoo”. I’m actually surprised at the number of people who have never heard the word before. Well read on, and you will learn so much about hoodoos that you’ll be able to bore everyone at your next dinner party, even before the salad course is served!

As we left you in my last post, The Great Canadian Hoodoo Tour, we had just completed a lovely little hike to the hoodoos of Fairmont Hot Springs. At the end of the post I promised you a video, and so you shall have it. But first, some fascinating (to me!) trivia about hoodoos and where the word itself comes from.

If you visit various hoodoo locations around North America, such as the Alberta Badlands, Banff National Park, or Bryce Canyon in Utah, you’ll get to read or hear local legends regarding the formation, or origins of these fascinating geologic monoliths. Lots of stories abound that begin with a First Nations or Native American legend. These colourful tales were handed down for generations, sometimes centuries, and they all have one thing in common; the hoodoos are the result of the transformation of a human or animal into a stone pillar. Sometimes it’s because someone did a bad thing, or some animal died and became part of the land. But all these stories were created because these unique land-forms were important to the people who lived in or passed through these areas. And while these natural features have been around for thousands of years, the word “hoodoo” itself is less than a couple hundred years old.

Hoodoo is both a noun and a verb. As a noun it was used as the “practice of hoodoo”, sometimes described as a paranormal consciousness or spiritual hypnosis; a spell. It could also be used as an adjective for a practitioner of hoodoo, such as a “hoodoo man”.  As a verb, “I hoodoo you”… with a potion that causes healing, a para-psychological power, or some harm.

If you look up the word in several dictionaries, you’ll find references to the better known word, “voodoo”.  Merriam-Webster states the origin of hoodoo is “perhaps an alteration of voodoo”, but if you dig a little deeper, you’ll find that this is not necessarily so. Both Voodoo, as practiced by some in Haiti, Cuba, the Dominican Republic, and the state of Louisiana, and Vodun, from West Africa, have their origins in Christianity and Roman Catholic Saints. Voodoo is a religious practice, but Hoodoo is not.

Here’s a great article comparing Voodoo and Hoodoo I found on a site called www.knowledgenuts.com.

Many musicians have referred to hoodoo in their songs. Popular examples include “Hoodoo Lady Blues” by Arthur Crudup, and “Hoodoo Man Blues” by Junior Wells. The Bo Diddley song “Who Do You Love?” has a whole series of puns about a man “hoodooing” his lover. Woody Guthrie wrote the lyrics for “Hoodoo Voodoo”, a song later performed by Wilco and Billy Bragg. Creedence Clearwater Revival made reference to it in their hit song “Born on the Bayou” with the lyrics, “And I can still hear my old hound dog barkin’, chasin’ down a hoodoo there…”

Before I release you from all this heady hoodoo stuff, let me share with you an interesting legend about a small group of hoodoos in British Columbia, in the Deadman Valley near Savona, called the Deadman Hoodoos.

Centuries ago, when the Deadman Creek served as a passageway through the valley, the residents of the valley were vulnerable to invading warriors from the north. Elders gathered to plan a strategy of nightly patrol, with the goal of capturing some of the marauders from the rival tribe. Their careful preparations paid off. Though casualties on both sides were high, four of the invading warriors were captured and taken to the elders. Shamed by their capture, the four invaders agreed to deliver a message to their home territory that the people of the valley wanted peace and would welcome all those who came in peace. A shaman then spoke while the bonds on the young warriors were being cut loose. He looked skyward and told the four warriors that if they left the valley without looking back they would return to their villages safely. However, if they disobeyed the rule, they would be turned to stone. The four warriors left quickly. As they came to the end of the valley, one of them looked over his shoulder. True to the threat of the shaman, the four warriors were frozen into rock and became the four hoodoos.
Okay, that’s enough about hoodoos. Now sit back and enjoy this little video about cute little kittens…I mean Hoodoos!

2 thoughts on “Everything You Wanted to Know About Hoodoos, And a Video”