When we grew up, we developed so many memories that gained such importance with the telling. And the recollection. Friends who meant everything to us, events that impacted us, places that remain ingrained on our consciousness. We all have those places in our memories that are iconic touchstones to our childhood. People who made a difference in our lives that helped shape who we have become. The vital places that impacted our life, and grew into important links to our childhood. Sometimes we are lucky to be able to share those important memories with our children, and they get a chance to meet those influential people, and visit those legendary places.

When Heather was growing up, she had a place that became her sanctuary, her refuge, her retreat. This was her grandmother’s property on the east coast of Vancouver Island. 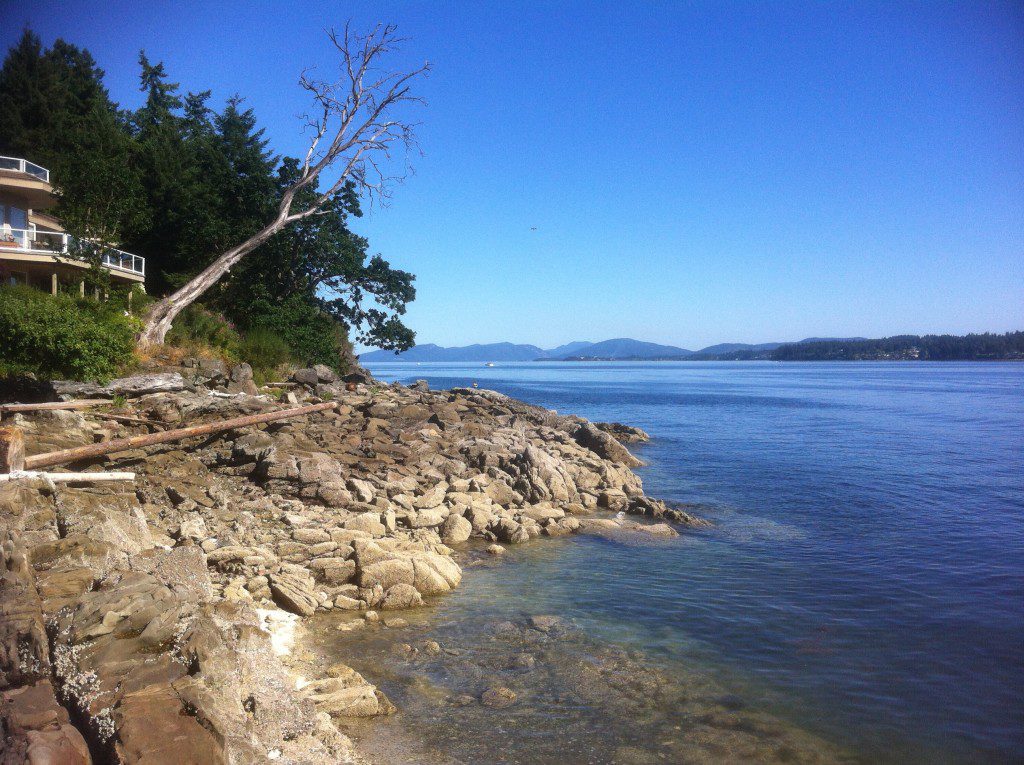 When she was a little girl, Heather’s family made the drive from Edmonton to the Island at the start of summer vacation. Sometimes they stayed for a few weeks, sometimes the whole summer. They even came out for Christmas break.  It didn’t matter what time of year it was, for Heather this was home.

Her grandfather spent a lot of time researching the best place on the West Coast to build a home. He looked at weather patterns, municipal services, access. And after much investigation, they found a property on a point of land outside of Ladysmith, on the 49th parallel. This was to be their home, and this was where Heather came to spend many a summer getting to know herself.

For the first years her family parked their trailer in a clearing and camped. There was a small cabin that her grandmother lived in on the property, facing the ocean. Heather and her sisters spent their days playing in the woods and on the rocks and beaches, swimming when they wanted and sunning on the shore. Heather whiled away many days just sitting, watching the boats and the sea lions and otters, painting and sketching, reading books and…being. Her time in this paradise helped influence the person she would become.

Her grandmother built a house on the point, and her aunt and uncle followed suit with a home of their own, just around the coast from the point. Heather and her family continued to make the summer pilgrimage to the coast, and the magic continued to exert its inexorable hold on her. It penetrated deep inside her soul, and held her, and did not let go.

When she and I met, I had no idea the impact this magical place had on her. And I was not aware of the coincidence that existed between us; when I moved to BC in 1983, this was the first place I came to work with the railroad. Just across the harbour from her little slice of paradise.

While we were dating, and early in our marriage, we would come to the Island on weekends. It always felt like the weekends were longer, like we had more time. And it felt like home. I had not experienced that feeling since I had left home and taken the train west.

After we moved to Vancouver Island when Heather was pregnant with Zachary, we made sure we made time to visit Heather’s family. Her grandmother had divided the property and sold the point, but her aunt and uncle still had the home on the water, just around the coast. Her grandmother lived there as well, so it was all very familiar for her. The original cabin was there also, with its iconic palm trees flanking the front porch, serenely keeping watch on the harbour. 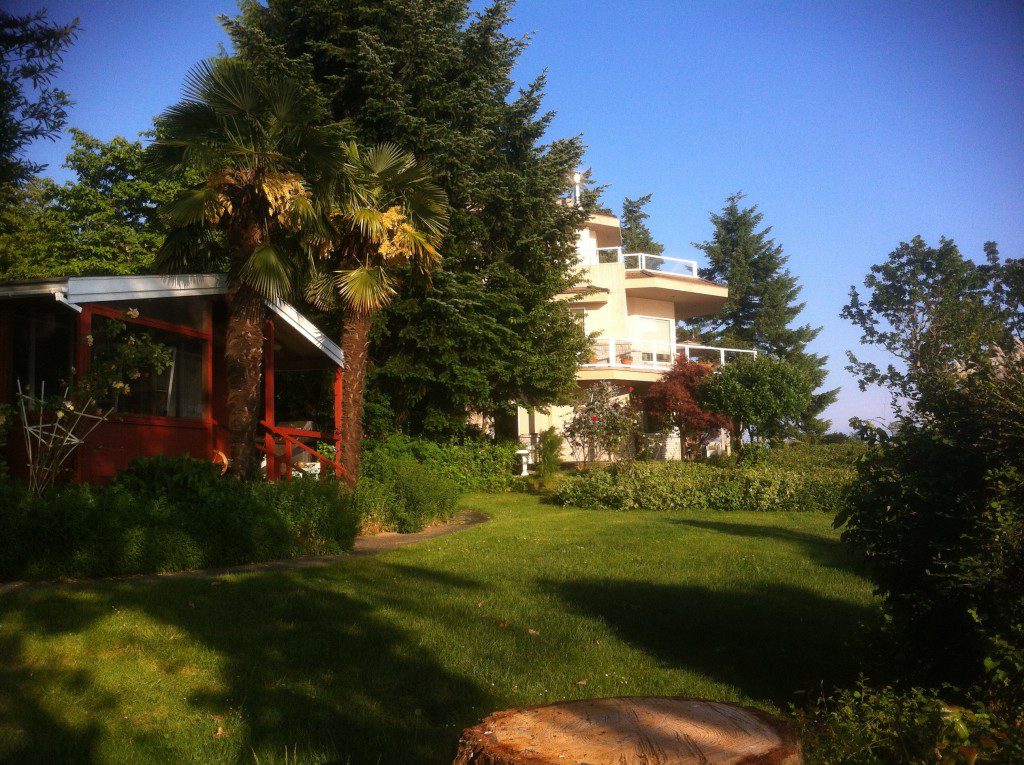 We introduced the property to our children and they began to love it as well. From playing on the beach and swimming in the warm water, to parkour on the rocky shore, there was so much for little kids to do. There were worlds to explore! When their cousins came to visit from the Mainland and the States, they created the “Cousin Club”, a little spot on the shore that became a meeting point for adventures and games. Our international students arrived, and this was one of the first destinations on our list of great island adventures. During the summer we would grab dinner to go after work and head out to the beach, staying and playing until the sun went down. We could spend a whole weekend just sitting in the sun, swimming, kayaking, hiking, exploring, watching the boats go by, laughing at the otters, and just being. And it felt like a holiday! 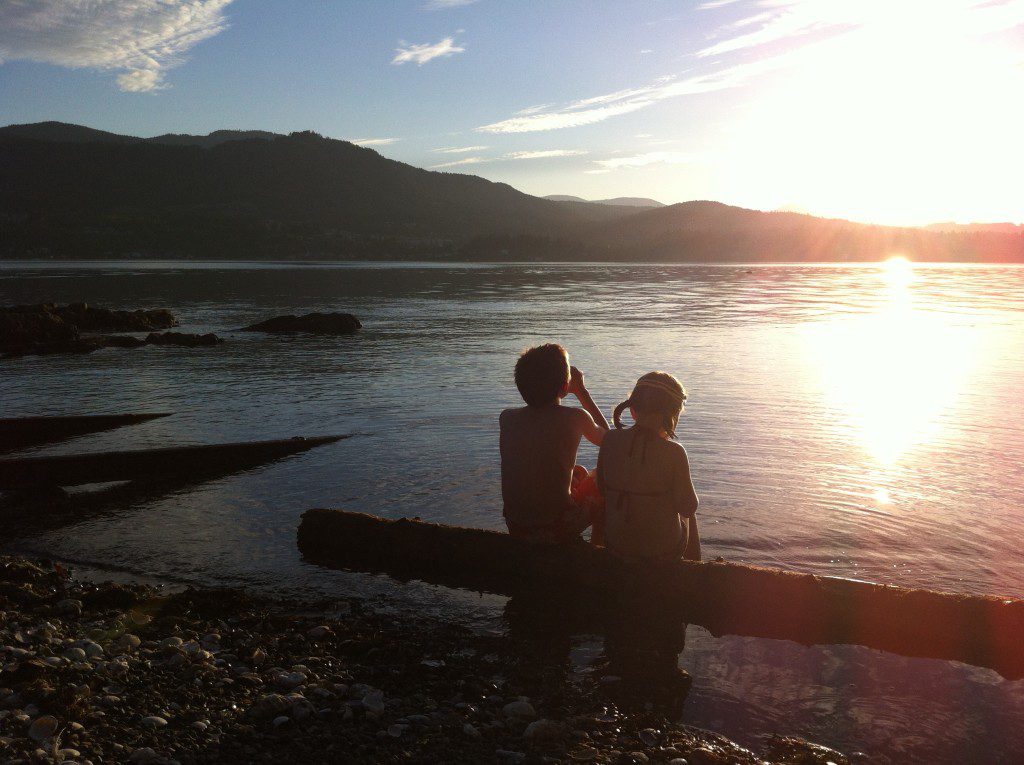 We didn’t always take advantage of this local family destination. Sometimes we didn’t want to intrude on Heather’s family. We didn’t ask, but we felt like maybe we might be a bit much, with our loud children, an international student, and us parents stomping around. So there were many weekends that we didn’t visit. Silly really, and unfortunate, because when we mentioned this reluctance to intrude to Heather’s aunt and uncle, they just laughed and said, “Just come! Come anytime, you are always welcome.” And so we did. We have spent a great deal of time out there the last couple of years.

Today was a beautiful January day here on Vancouver Island. The kind of day that makes me forget the rain and wind of a normal winter day, and makes me glad to live where we do. We headed over to Heather’s aunt and uncle’s place. We needed to pick up our kayak. And say goodbye. As of next week, the property will be owned by someone else.

It’s a hard thing, to say goodbye to something that has been in your life since you were an infant. For me it’s been about 15 years, but for our kids it’s been a lifetime. When Zachary was there today with Heather, he shared some of his memories with her. He was crying the whole time he was there. He stood on the shore and pointed out a rock on the shore near the “cousin club”. He said it was a special rock, because it was the biggest around. He felt it was special enough to give it a name. Heather asked him what he called it. “I called it ‘Bill’,” he said simply. 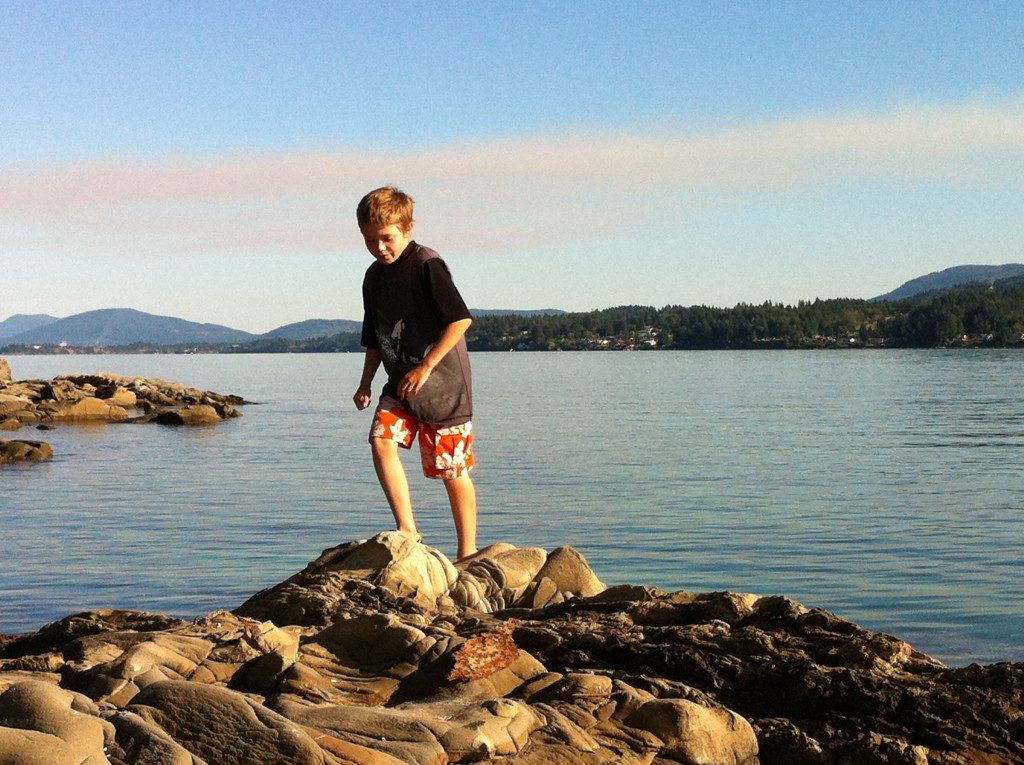 We’ll move on from here, and chalk it all up to memory and experience. It’s always sad to let go, and to say goodbye to something that has had such a profound influence on one’s life. But it’s far better to feel this sadness than to never have experienced the moments that led to this feeling. I’ll take the sadness over emptiness any day.

Beth-Rose was sad tonight, and she made sure she gave her Mommy a hug. As she embraced Heather with a tight squeeze, Beth-Rose let go a little musical fart. We all had a wonderful laugh, a release of emotion that helped break the sadness. And in this moment I realize that it’s not so much the heartbreak of saying goodbye, it’s the bond we have with each other that makes these memories so profound. 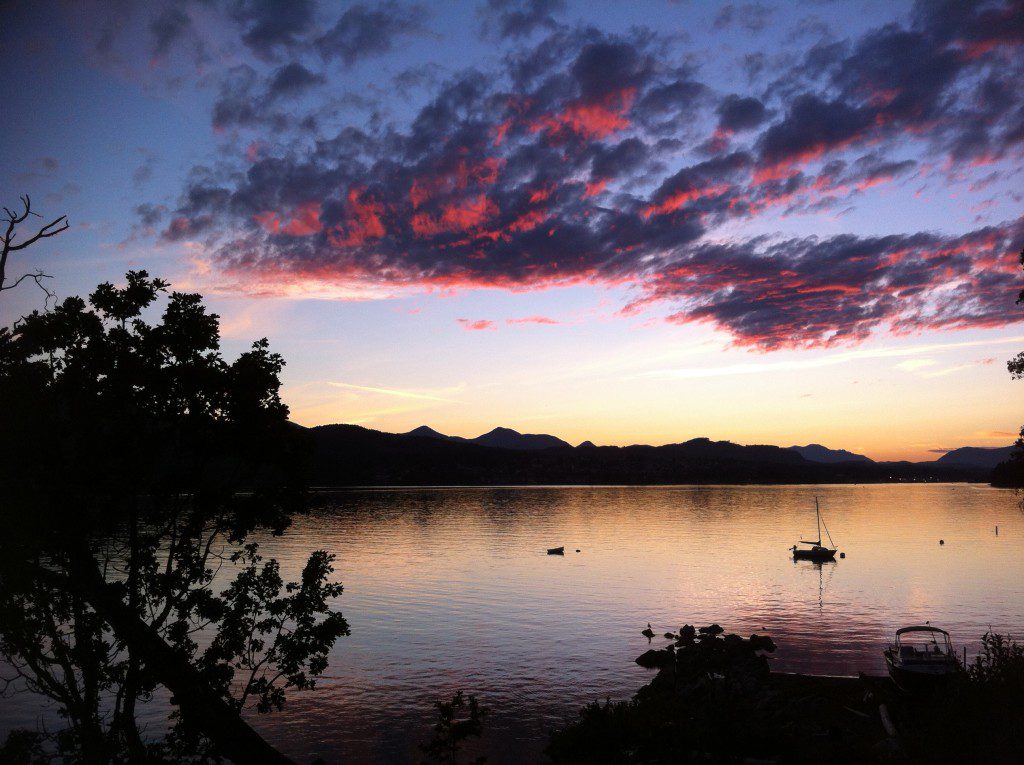